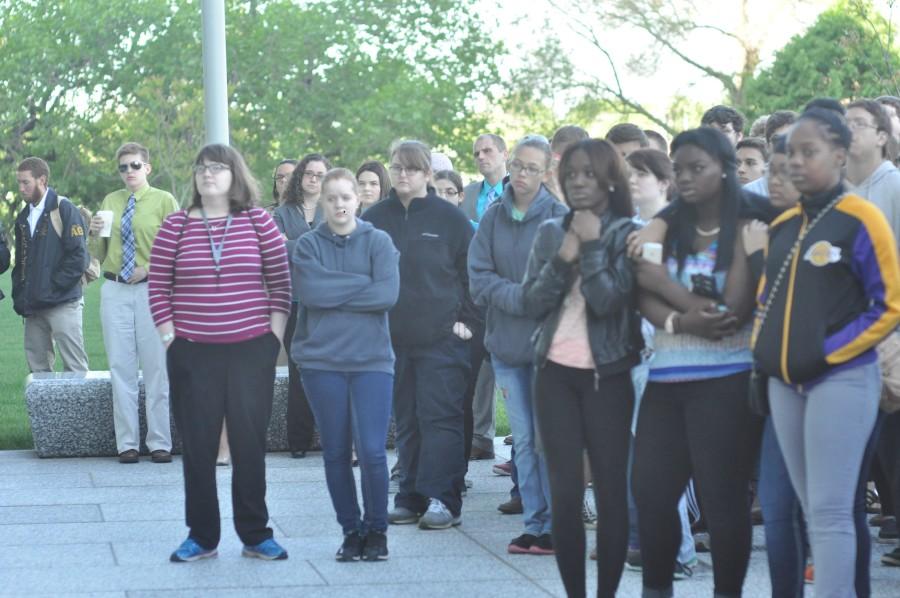 The upheaval from Ferguson to Ohio to New York, and now most recently, to Baltimore this year is nowhere near the home to Kennedy High School students – Cedar Rapids. Yet, the racial tension is still relevant.

From Selma to Cedar Rapids, 200 high school students participated in a symbolic march from the federal courthouse to the district courthouse in remembrance of 50 years since the march of Selma to Montgomery.

On 25 March 1965, Martin Luther King led thousands of nonviolent demonstrators to the steps of the capitol in Montgomery, Alabama, after a 5-day, 54-mile march from Selma, Alabama, where local African Americans, the Student Nonviolent Coordinating Committee (SNCC) and the Southern Christian Leadership Conference (SCLC) had been campaigning for voting rights.

Keynote speaker, Attorney Alfredo Parrish, quoted Martin Luther King yesterday morning in his speech, “‘There never was a moment in American history more honorable and more inspiring than the pilgrimage of clergymen and laymen of every race and faith pouring into Selma to face danger at the side of its embattled Negroes.’”

Mayor Ron Corbett, U.S. District Attorney Kevin Techau, and Chief Judge Linda Reade were the others that gave speeches to open the morning.