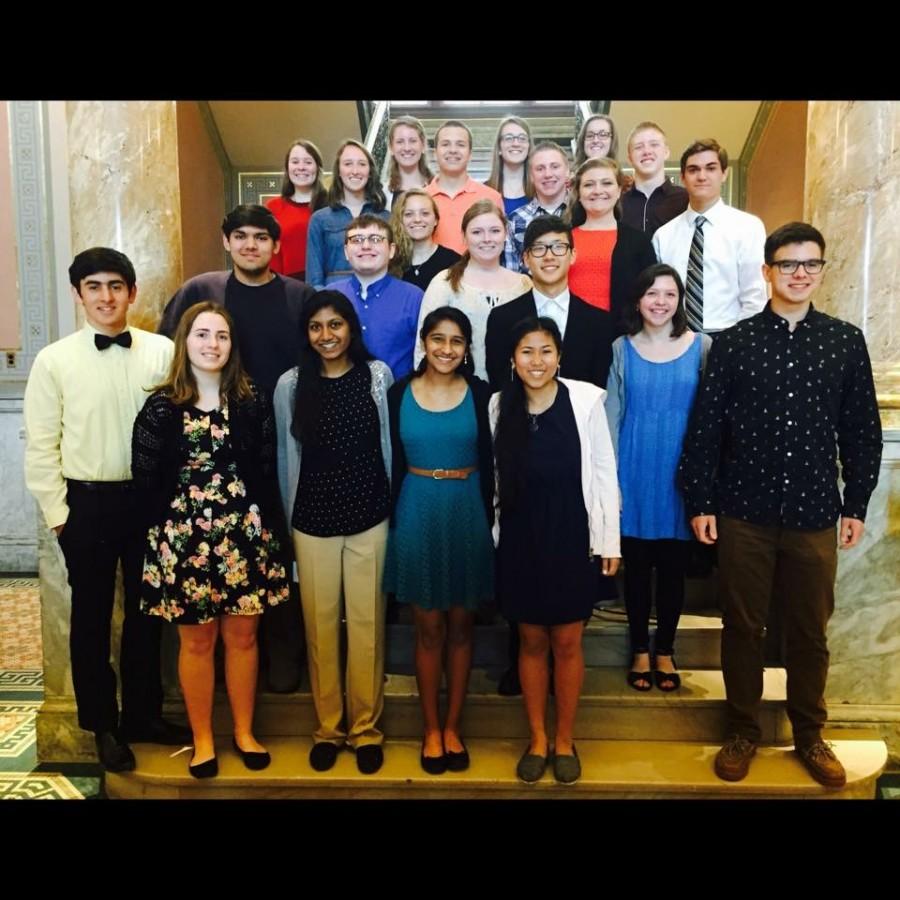 Sweta Sudhir, jr., among other recipients of the Borlaug-Ruan International Internship. Photo provided by The Next Norm.

The once in a lifetime opportunity to intern abroad among elite researchers and farmers has been given to Junior Sweta Sudhir, who will be spending eight weeks this summer in Turkey for an internship through World Food Enterprise.

“When I was in middle school two of my brother’s friends got the internship. Stephanie went to Kenya and Tara went to Brazil. Both of them shared their phenomenal experiences researching abroad and got me really interested,” Sudhir said when asked where her interest in the internship began.

After hearing about the internship again in high school, Sudhir began to explore how she might too apply for it herself. Before she applied however, Sudhir had to participate in other events with World Food Enterprises.

“I got involved last April under the advisement of Mr. Horton. I wrote a paper in which I analyzed and found the solution to water scarcity in India. Then I attended the Iowa Youth Institute where we had panel discussions about food security,” Sudhir said.

“During that entire week well renowned farmers and scientist from around the world came to Des Moines. We got the opportunity to listen to many key note speakers and we learned about how we can make an impact in the global fight for food security,” Sudhir said.

Interns from the previous year talked to the students attending the institute about their experiences abroad and encouraged students like Sudhir to apply for the internship. Sudhir of course took their advice and applied herself.

“I will be doing research there under the guidance of Dr. Amir and Dr. Gull for 60 days,” Sudhir said. Sudhir will leave for her internship on June 13 and return of August 11.

“I can’t tell you how thrilled I am for this once in a lifetime opportunity,” Sudhir said. “Not only will I have the opportunity to make an impact in the fight for food security, I’ll also be able to guide my passion for science and explore new culture. I hope this experience will help me be more globally minded and will give me a better idea of what I want to do in the field of science.”