Why did Kennedy Teachers Wear Pink? 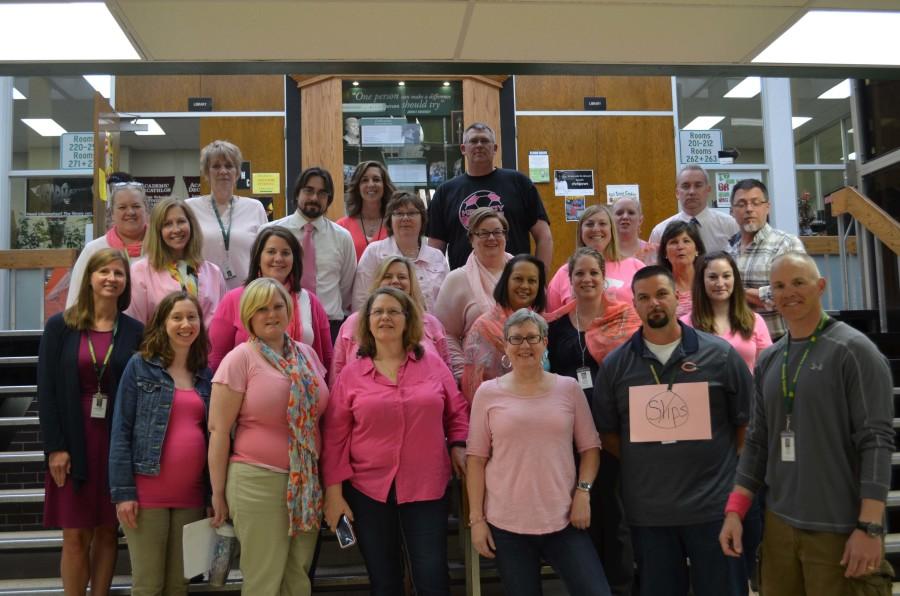 Education is arguably one of the most important aspects in our society. In order for the best quality of education possible, it’s a necessity to be properly funded.

During the 2015 legislature session there is a stalling over the heated debate of school funding. The Iowa House proposed a bill that would cut education spending. Unfortunately for the public schools, the House spending was passed and now it goes on to the Senate. If the funding passes, we can expect to see a major inflation class sizes, schools will have to reduce spending on textbooks and other class necessities, course offerings will be reduced, and teachers will be laid off.

Students may have noticed that on Thursday, April 30, teachers were wearing pink because the current state legislature has not passed the funding for schools which is usually done back in the early part of the general assembly around the time of February.

One of the many teachers that participated in wearing pink was Melissa Osborn. Osborn teaches in the social studies department at Kennedy High School. Osborn is also in charge of Speech, an extracurricular activity that she donates time and money to during the school year.

“They said there is not enough money out there for public education but there is,” Osborn said. “They have not passed the budget so that leaves us in a really bad predicament because they only want to give us 1.25 percent and that impacts salaries, that impacts insurance, that impacts programs, it impacts the general running of a school, and so teachers across the state today are receiving what called a RIF, we are standing with them as they go through this today by wearing pink.”

As the heated education debate continues, so will the uneasiness among many teachers and citizens.