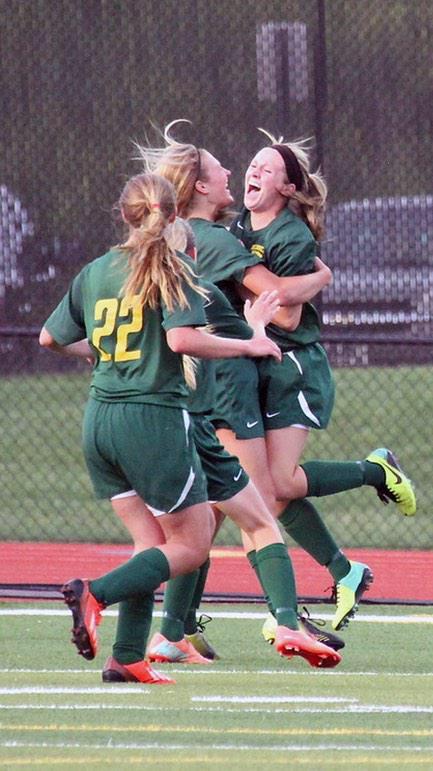 Both the Cougars and the Little Hawks have a record of 2-1.

“It was a really fun game, we were just on top of things and we played well,” Hayden said

Kennedy won state last year, and they are looking to repeat that success this year.

“We are working hard, we want to win state twice or three times, not just once,” Olivia Weigel, jr., said.

Both teams are rebuilding, Kennedy was forced to make a new lineup after losing many seniors this year. They also lost their State tournament captain player Carly Langhurst, jr., due to an ACL tear.

“We have not really had much of a problem adjusting to our new lineup without Carly and the seniors,” Hayden said, “We have done a good job.”

Three Kennedy soccer players have verbally committed to play soccer in college. Anna Frerichs, jr., and Langhurst will be playing at Iowa State University. Hayden will play at the University of Northern Iowa.

The Cougars will face Iowa City West next at Kennedy High School on Thursday, April 16.