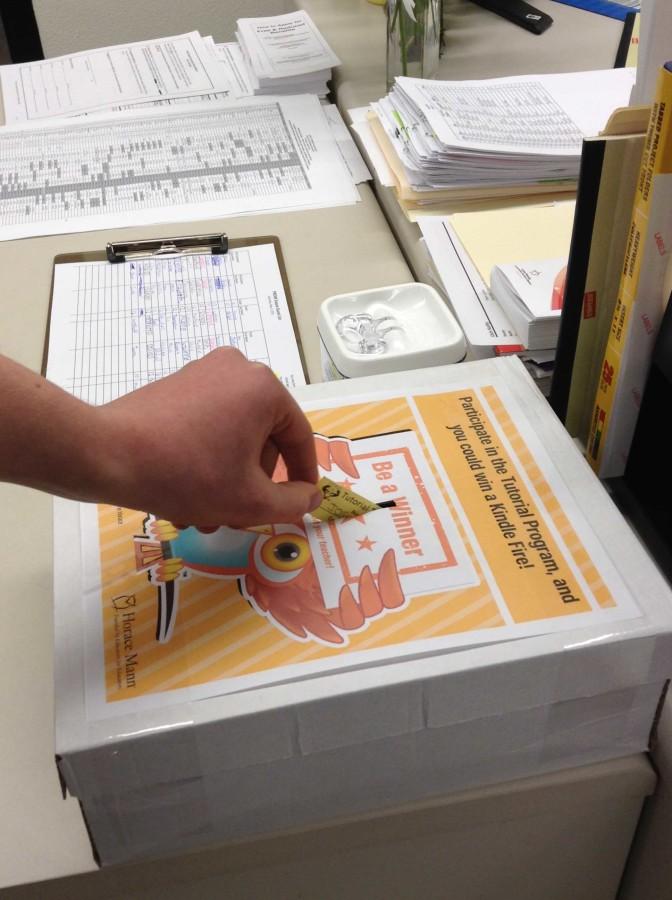 Is SMART lunch a waste of time or is it a productive use of time? As you may have already noticed, teachers have started giving students prize tickets for attending tutorials. The top prize that students can win in a drawing is a Kindle.

Principal Jason Kline said this prize box program got started when a company said that they had a prize they could give away to students. Kline thought of the idea of tutorial tickets and thought it was the best way to give away the prize.

Kline believes the tutorial tickets have been fairly effective. “There’s been a lot of tickets turned in. Teachers have started running out of tickets,” Kline said.

Teacher Cheryl Lindo said that she started her own strategy in the second term to get people to come to tutorials. Lindo would write on the board people who had missing work and who would have mandatory tutorials.

The attendance in her tutorials has improved and stayed that way since then, and so Lindo has been applying her strategy along with giving out tutorial tickets.

“I think the tickets are a nice idea. I just hope that somebody who wins the Kindle is somebody who can really use it,” Lindo said.

Wesley Pearson, fr., says that he has been going to tutorials more than before, but the reason behind it is not for the tickets.

Pearson has been attending tutorials for AP human geography because they are having review sessions for the upcoming AP test.

“I think the only problem with the tickets is that some kids may not care for the prizes,” Pearson said, “It only increases the attendance a little.”

So what’s your opinion on the tutorial tickets? Is attending tutorials really worth a chance at the Kindle?