Getting to know the new guy in charge 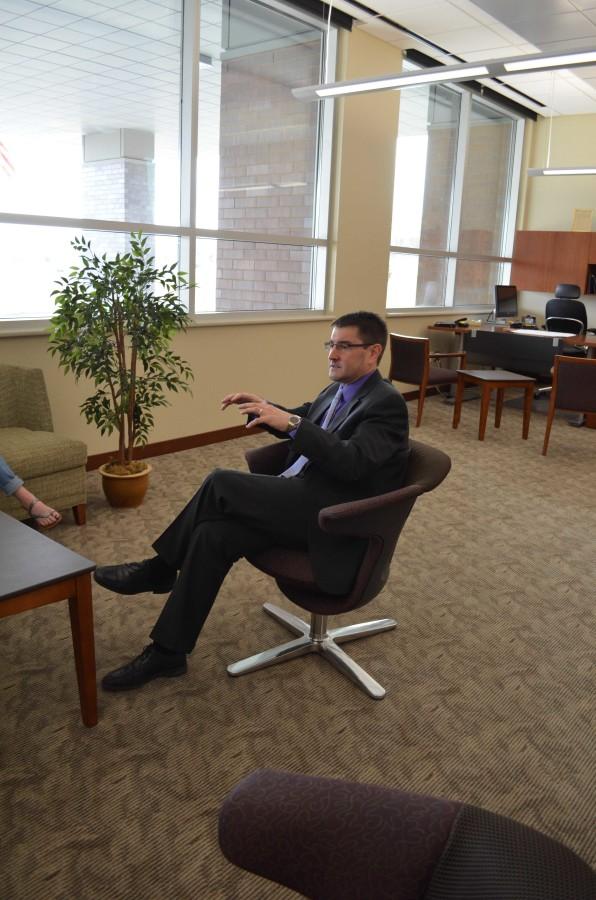 Brad Buck is returning to his hometown to become the superintendent of the school district he graduated from in 1987.

He graduated from Jefferson High School, and has since moved away from Cedar Rapids to take on other things — most recently as the Director of the Iowa Department of Education.

Now he’s moving back to his hometown. While figuring out living arrangements, he joked that he may temporarily become a “boomerang kid” and move back into his parents’ house.

“I love Cedar Rapids. I was born and raised in Cedar Rapids so I have a fondness for this place at the outset,” Buck said.

Buck applied for the position six years ago. Although Dr. Dave Benson, the current superintendent, was chosen at that time, Buck feels that he has since gained experiences that will benefit him in the Cedar Rapids superintendent position.

Buck has a degree in science from University of Northern Iowa, and his master’s and Ph.D. from Iowa State University. Before taking his state position, he taught middle school science, was a middle school and high school principal, and was an associate superintendent and a superintendent in a smaller district.

One of the things Buck says he is most excited about is the district’s vision of “Excellence for All.”

“Excellence is the notion of continuous improvement,” Buck said, “and the second part…is this notion of all, that we really do have a responsibility to make sure that all kids…have every door of opportunity open to him or her.”

Buck values relationships with the students and staff of the district, and plans on getting to know them in both formal and informal settings.

“I had a superintendent’s advisory council of students when I was at Saydel,” Buck explained. “My intent with that was to bring students in and just talk to them.”

He used this as a venue for students to have input into what the district is doing. While he does not yet know the specifics of how this might play out in Cedar Rapids, he does intend to have similar form of formal conduit for student input and communication. He also enjoys informally mingling with students and staff at functions such as sporting events, concerts, etc.

“The intent is to be out and around and interact,” Buck said.

Buck is a father of six children, which he believes will impact the way he’s able to deal with the district and making decisions.

“The ‘dad’ perspective of all those experiences absolutely shapes the way I think about school,” Buck said.

The Torch newsmagazine will publish an additional piece about the interview with Buck in its April 10 issue.