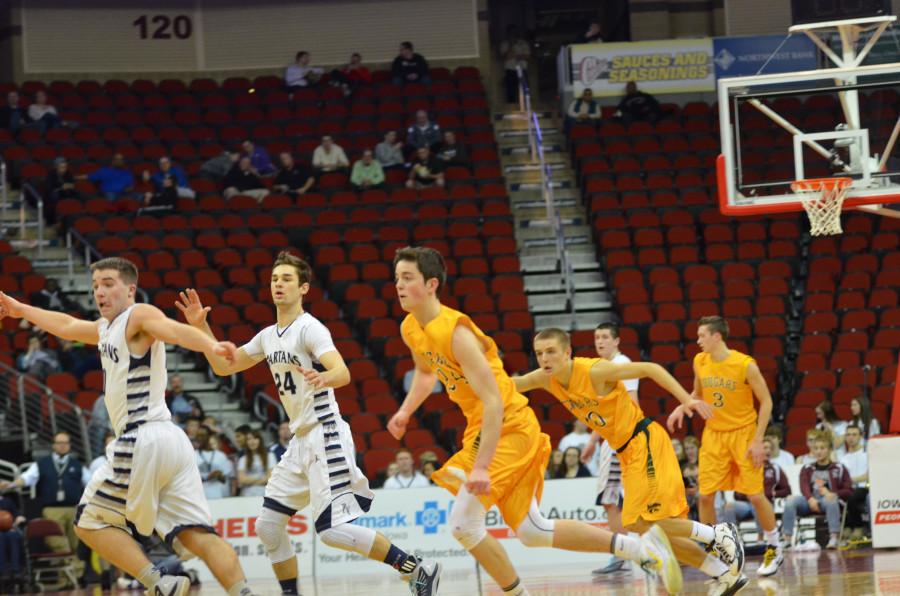 The Cougar men’s basketball team ended their season Wednesday night with a loss to Pleasant Valley in the first round of the state tournament. The final score of the game was 58-51.

The state tournament this year was held at the Wells Fargo Arena in Des Moines, Iowa.

The Cougars were led tonight by Bryton Heisler, Sr., with 22 points.

The Kennedy Men’s basketball team ended their season with a record of 18-6 and will loose several seniors.

Pleasant Valley is advancing in the tournament and will now play Des Moines Hoover in Des Moines this Friday.