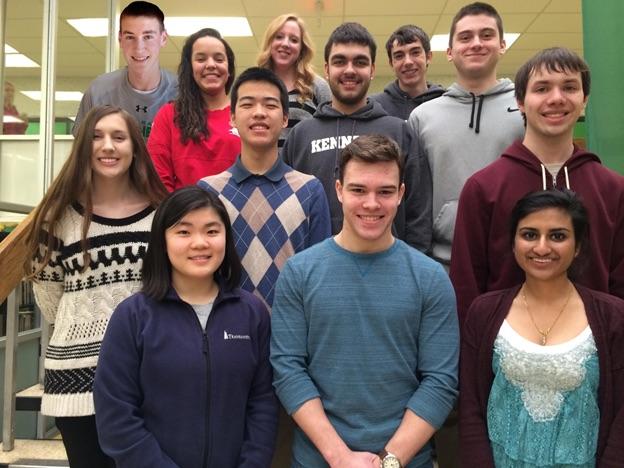 That’s what Kennedy High School’s academic decathlon team did in order to prepare for the season.

The students compete in three groups based on their grade point averages (a, b, and c). They compete in many different categories such as music, art, social studies, science, math, economics, speech, writing, language and interview skills.

But all of their hard work and dedication did paid off. The team will compete March 6 and 7 at the State competition.

There are many different parts to an academic decathlon competition. There is speech, interview, essay, and tests. Each school tries to answer as many questions correctly as they can which gains them points needed in order to win.

“I like the academic decathlon because it gives me a chance to learn about things I don’t usually get to,” said Ciabatti, jr.

Many of the students involved in the academic decathlon are also involved in many extra-curricular activities as well such as sports, clubs, and after school jobs.