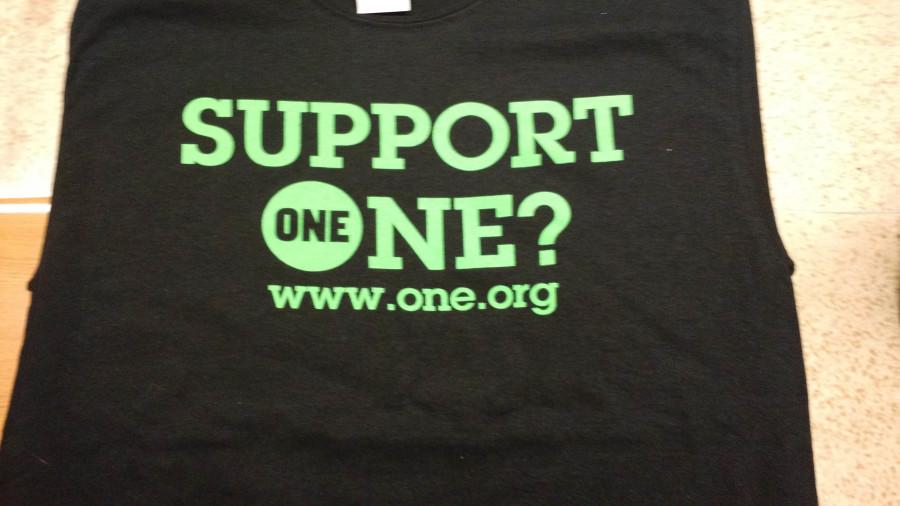 For the past two weeks of school, the ONE campaign has been hosting the eighth annual Penny Wars. The ONE campaign is an organization that raises money to help children who battle with hunger.

The Penny Wars is a competition where students can bring in pennies to their third hour classroom, and the hour that ends up with the highest amount of pennies on Feb. 13 will win a pizza party. Shirts are also available for purchase for ten dollars, and over 200 have sold. The leader of Kennedy’s ONE campaign is teacher Dan Carolin, who so far says he is pleased with the results.

Carolin thinks that there are a couple of different motivations that students could have to donate.

“Some teachers are offering prizes for collecting in class, and there are lots of very good and generous students that go here.” Carolin said.

As of now, the leader is Brad Horton’s third hour classroom, which has raised over $350 worth of pennies.  Horton admits that he is surprised at how much money his class raised.

Horton said that the bulk of the contribution came from somebody who did it, not to get recognized, but to help people.

“I don’t know who did it, but it was interesting that they did all this without seeking credit,” Horton said. “I think I’d like to say thank you to them, for both giving money, [and] contributing to the awareness of food security.”

Both Carolin and Horton agree that ONE is a worthy cause to donate to.

“People are doing a good thing,” Carolin said, “helping fight hunger, and they are feeding lots of starving children.”

“Our school really steps up to help people, like John F. Kennedy said: ‘One person can make a difference, and everyone should try,’” Horton said, “Food security is a real issue , and people donating know that they are much better off.”