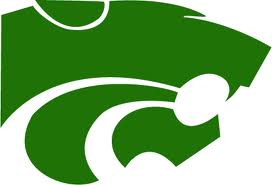 The Cedar Rapids Community School District is trying to discover new ways to improve students’ learning. One way the district has come up with is standard based grading.

Standard based grading is a way in grading in which the teacher grades based on areas in content that the students should master rather than grading based on accumulation of points. The standards serve as benchmarks to track growth in the student’s learning.

Dana Melone, AP Psychology teacher at Kennedy, currently uses standard based grading in her classroom. In her experience she notices that students like having the standards because it helps guide their learning to what they should know. The students are aware of what they are going to be tested over on exams and helps them better understand what information they will need to have learned for the AP exam.

“It’s a mind shift,” Melone said. She says students are unhappy that with standard based grading they aren’t able to calculate the minimum score they need to get on a certain test to get the end grade they want to achieve.

Melone started to hear about the new grading system about six years ago and started to work with her own standards and pilot it in her classroom around three years ago.

“I wasn’t sure I wanted to go all in. I was a little nervous,” Melone said of the time when she was deciding whether to switch her grading ways. Last year was when she completely switched to standard grading.

Currently there are a number of teachers in Kennedy that are using standard based grading, or a form of it.

“I know that people are inching their way towards maybe not full standard based grading but inching away from grading on point grab. Towards more your grade is based on what you really know in the course,” Melone said.

Elementary Schools and Middle Schools within the district are currently using standard based grading. The district decided that instead of setting a date that the high schools needed to switch by, they would provide more discussion about affective grading practices and more professional development in hopes that it will encourage teachers to try new ways of grading. The district is hoping that when more teachers than not are using standard based grading that they will start to move ahead with plans to use new grading practice within the high schools.

Melone believes that students will find that it is a huge a huge adjustment, but that it will help their learning, and show growth in their learning.

“I think that whether you are college bound or not, understanding where you are at in something and where you need to go is the way that college is going to be, it’s the way life is going to be,” Melone said of what she believes standard based grading helps students with in the real world.