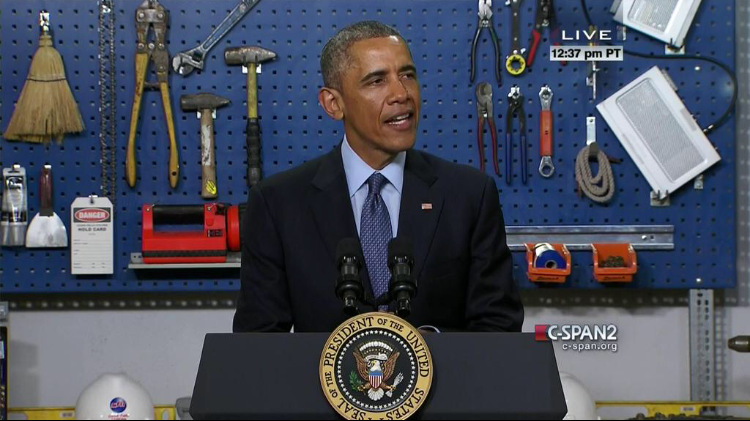 President Obama repeatedly makes history. Not only is he the first African-American president and the first president to openly support gay marriage, but he can now add another first to his many historic groundbreakers. On Dec. 19, 2014, at his last press conference of the year, President Obama became the first president ever to call on all female reporters for questions. It was a momentous day for women everywhere, including Kennedy student Khadidja Elkeurti, jr.

“I thought it was quite empowering,” Elkeurti said. “President Obama subtly picked women because women are often overlooked compared to their male coworkers. By doing this he was able to casually say, ‘these are women and they have things to say too, and they’re just as important and powerful as the rest of the journalists who are males.’”

After the press conference, the White House issued a statement to the public that read: “The fact is, there are many women from a variety of news organizations who day in and day out do the hard work of covering the President of the United States. As the questioner list started to come together, we realized that we had a unique opportunity to highlight that fact at the President’s closely watched end of the year news conference.”

In addition to boxing out male reporters, the president also surprised the public when he didn’t call on a single television correspondent, another extreme rarity at presidential press conferences.

“I think it’s really good that this happened because women need to be represented more in various areas of workplaces, in this case journalists and reporters,” Elkeurti said.

Since his election, President Obama has been a strong advocate for equal rights for men and women, and this press conference put his words of support for equality into action.