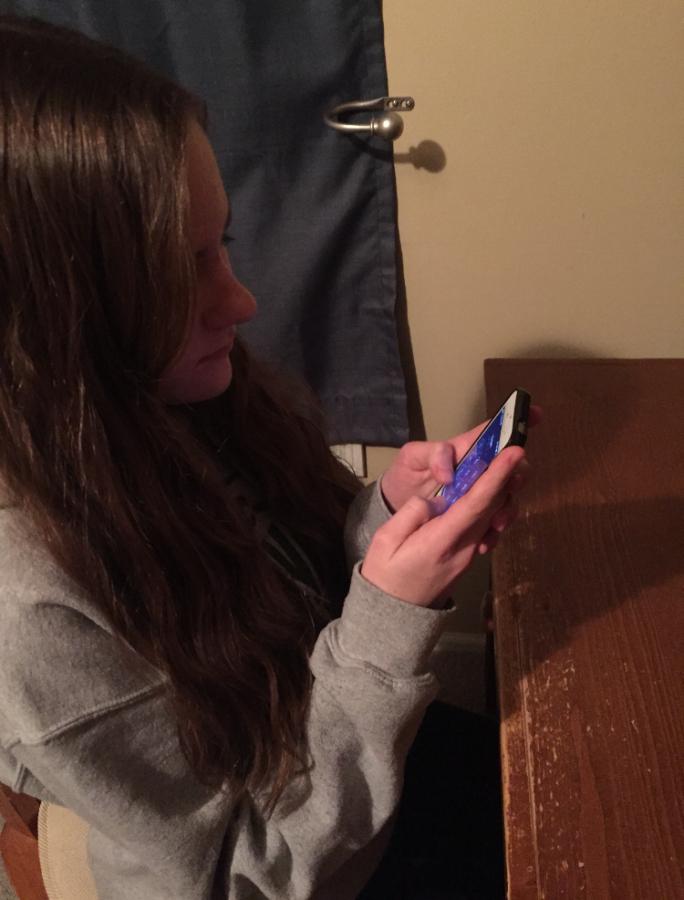 Celebrities and teens alike seem to have a common enemy this holiday season, the enemy being none other than the popular social media site Instagram. Instagram may as well have become the Grinch after they went on a “cleaning spree” in which the site deleted billions of fake or inactive Instagram accounts, causing frequently active users that had a large number of fake accounts following them, to lose a large portion of followers.

The decision to delete inactive followers did not upset everyone though; one person who was not upset by it was Ellie Klein, jr.

“It doesn’t bug me,” Klein said. “I think people are so caught up in how many followers they have and how many likes they get, and it’s not good. It does kinda suck though because I lost a lot of followers and I didn’t buy them or anything so it’s like I had a ton of fake friends or something.”

Living in the age of modern technology, more and more people seem to be living their life through social media, thriving on the amount of followers they have and valuing their self worth based on how many likes they get on a selfie; whether it is through Twitter, Instagram or any other social media site, it is a trend that is growing more and more popular.

“I usually tell myself that 10 years from now I won’t care about how many likes I get or how many followers I have. I’ll care about the memories I made,” Klein said. “I think the appeal of social media is that you can post something and feel good about yourself when you get a lot of likes, I feel like getting a like is the equivalent of somebody listening to you instead of you being ignored.”

A research study developed by Dr. Cecile Andraessen and his colleagues at the University of Bergen in Norway found that people who are more anxious and socially insecure are more likely to use social media sites and thrive on the attention they get from them.

Another study done by Dr. Rauch concluded that social media may even have a negative impact on face-to-face encounters, especially for individuals who already have high levels of anxiety.

But others argue that social media may also be beneficial to a person’s mental health and well-being. A study from the University of California San Diego suggests that using social media may even spread happiness. The research team, led by James Fowler of the School of Medicine at UCSD, found that happy status updates encourage other users to post happy status updates themselves.