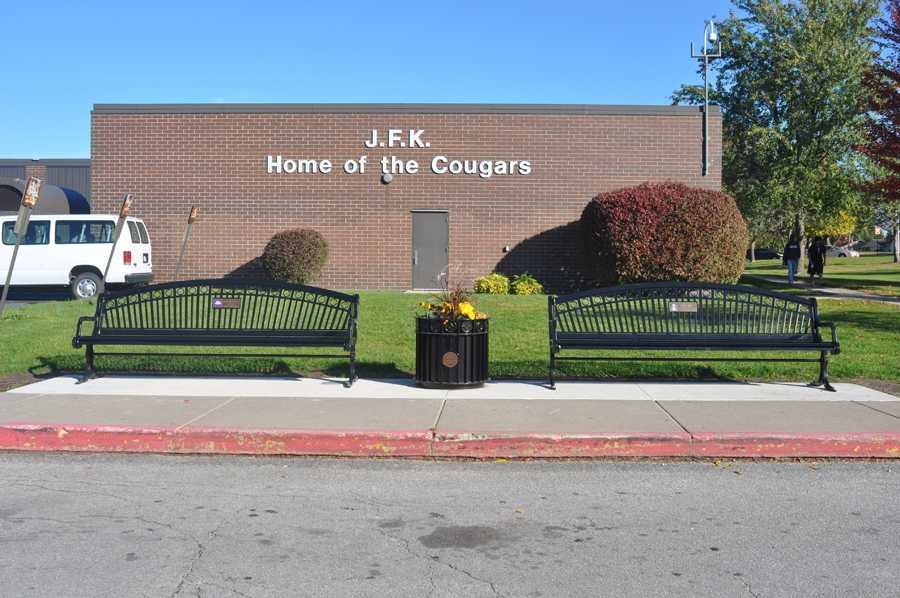 As many students have probably noticed, there are two new memorial benches located in the Kennedy High School south lot.

These new additions to Kennedy are in memory of Drew Wall, a former Kennedy student and member of the golf team. He battled cancer for five years and lost that battle in 2012. The other bench is in memory of Drew Wall’s grandfather, Bob Dye. Bob was the founder of Kennedy High School’s breakfast club that meets every Friday at 6:30 a.m.

Funding for the benches and the planter came from Memorials for Drew and Bob from family and friends.

Breakfast club still meets every Friday under leadership of Kevin Conger and his volunteers from campus life, a division of Heartland YFC.

“The benches will encourage students to reflect on and be grateful for people of great influence who have contributed much to their school and community, such as Bob Dye and Drew Wall, the two people these benches memorialize,” Conger said. “They serve as a reminder that we truly can make a difference in the lives of others when we put them before ourselves.”

Coral Dye, wife of Bob explains that her and husband had always wondered why there were no benches in that area, they started thinking this back in the 1980’s when their four daughters, Lori, Robin, Michelle, and Becky were attending Kennedy and involved in the athletic program.

“When we were choosing a memorial for my husband, Bob, and our grandson, Drew, some nice benches came to mind,” Carol Dye said. “It took awhile to find ones of great quality that would last for years to come.”

There is a planter in between the two benches that explains the relationship between the two, the plaque says, “In honor of Bob Dye and his grandson, Drew Wall. They taught us how to live with extraordinary faith and courage.”

“Our family trusts that this memorial of the two benches and the planter will be a lasting tribute for Bob and Drew and for it to also be a place for students to rest as they wait for rides,” Dye said. “We chose the design to enhance the area and be a pleasing addition for Kennedy High School.”