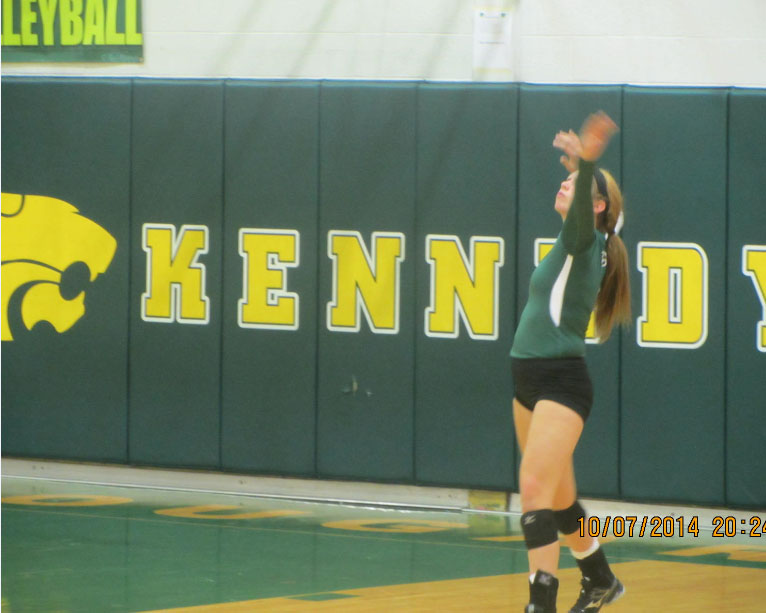 The Cougars’ varsity volleyball played the Dubuque Senior Rams tonight at home. The Kennedy girls scored a victory against the Rams in three straight games, with scores of 25-11, 25-15, and 25-18. Nearly every member of the roster took part in the game.

Emma Boote, so., was back in the game after sustaining an ankle injury in the game against Iowa City West two weeks ago. Madison Haefner, jr., however, was still out after her injury at Jefferson last week.

Since last week, she has been to a doctor and gotten more information on her injury.

“I tore my ACL,” Haefner said. An ACL is one of the four major ligaments in the human knee.

According to Haefner, how soon she returns to the game “Depends on how surgery goes and how physical therapy goes.” Haefner has surgery scheduled for this Thursday.