Class of 2015 makes impact on community 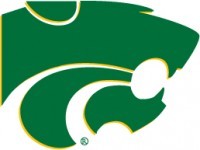 The incoming senior class of 2015 kicks off  their year by organizing a project. A big project.

Seniors will build a house in the Cedar Rapids community through The Habitat for Humanities. The class goal is to finish the house before May 2015 graduation.

“The project starts now,” senior class president Fatima Elsheikh said. “Our job now is to fundraise throughout the summer and we will raise money all the way up to next May.”

The plan is to get every single senior involved in the senior project whether it’s organizing, building, or participating in fundraising events.

“There are a lot of different little jobs that people can do,”  senior vice president Erin Pins said. “Like when we say build a house it sounds intense, but people can do the fundraisers and find jobs that fit them.”

The project requires$16,000 to help build the house, a goal they hope to meet through fundraisers and money given by sponsors.

“We thought of a garage sale as a fundraising possibility so everyone can donate a few things and we can sell them,” Elsheikh said. “It would probably be held in the gym and we will also have carwashes this summer as well as contacting businesses and companies who are willing to sponsor our project.”

The class will start building in October. Habitat for Humanities already has the foundation down. “We will just be helping them with simple tasks,” Elsheikh said. “Everyone will have a small job like hammering nails in or painting.”

Faculty advisor Martin Labs said building a house benefits the community and unites the senior class as they help others.

“It will be something they can do together and it will end up being a lot of good publicity for the school in general and for the seniors,” Labs said, explaining that The Habitat for Humanities does a lot of large scale community projects and will be able to accommodate the 400-plus Kennedy seniors participating in the project.

This is the first year a whole class has participated in a service project.

“I think it will have a really big impact for Kennedy and not just Kennedy as a whole but our class will be united and will graduate remembering that we made an impact in our community,” Elsheikh said. “Hopefully we will set a good example for the other classes.”