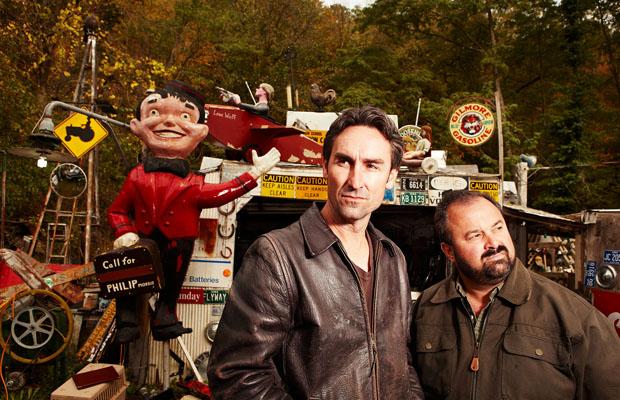 Every Monday night, people are glued to their televisions watching by one of the fastest growing shows on the air, American Pickers. American Pickers is a show about two men, Mike Wolfe and Frank Fritz, who travel all over the country searching for antiques in people’s homes, garages, junkyards, barns and storage spaces.

What many people don’t realize is that Mike and Frank are actually straight out of the riverside town of LeClaire, Iowa. LeClaire is home to one of  two shops the “pickers” own. The other one recently opened in Nashville, Tennessee.

The “Picker’s” store, Antique Archeology was completely transformed from a simple shop to a tourist attraction after the show first appeared in January of 2010, according to store employee Emily Soenksen. As of right now, they have approximately 200-300 customers come in to their store daily.

While Antique Archeology was being transformed, so was the community of LeClaire. “I think the show has a lot to do with the revival of LeClaire,” Soenksen said. “It definitely became more of a tourist town once the show started.”

For those who don’t watch American Pickers; the show is about Mike and Frank’s adventures on the road looking for antiques to put in their shops. The guys do what they call “picking” to get these items. Picking is when they stop at homes or other venues that look like they might have some interesting items to find inside. Sometimes, the guys also get calls from people who have something they want Mike and Frank to take a look at in hopes of selling the item. The guys usually go out picking for two to three weeks at a time before they come back to one of the shops. Once they get back to either LeClaire or Nashville, they set up the items in the store, price them, and then get back on the road.

Now that the show has become more popular, people are flocking to the stores asking if Antique Archeology will buy their items. When this happens, Soenksen, or any other employee, will take a picture of the item and send the picture directly to Mike, who will reply back and say whether he wants the item or not.

While Soenksen believes there are no negative side-effects of the show, she does say that the shop has had to change because of it. For example, on the show one of the employees, Danielle, is frequently featured.  This has led to a few obstacles for her and the store. Her new found fame has made it much more challenging for her to come in to work during store hours because of fans trying to talk to her or get pictures with her. Now, Danielle usually only comes in after hours to help.

“I think the show is awesome,” Soenksen said. “There isn’t a lot of difference between the show and what actually happens. The only thing I guess they don’t show as much of is the customer interaction and collection.”