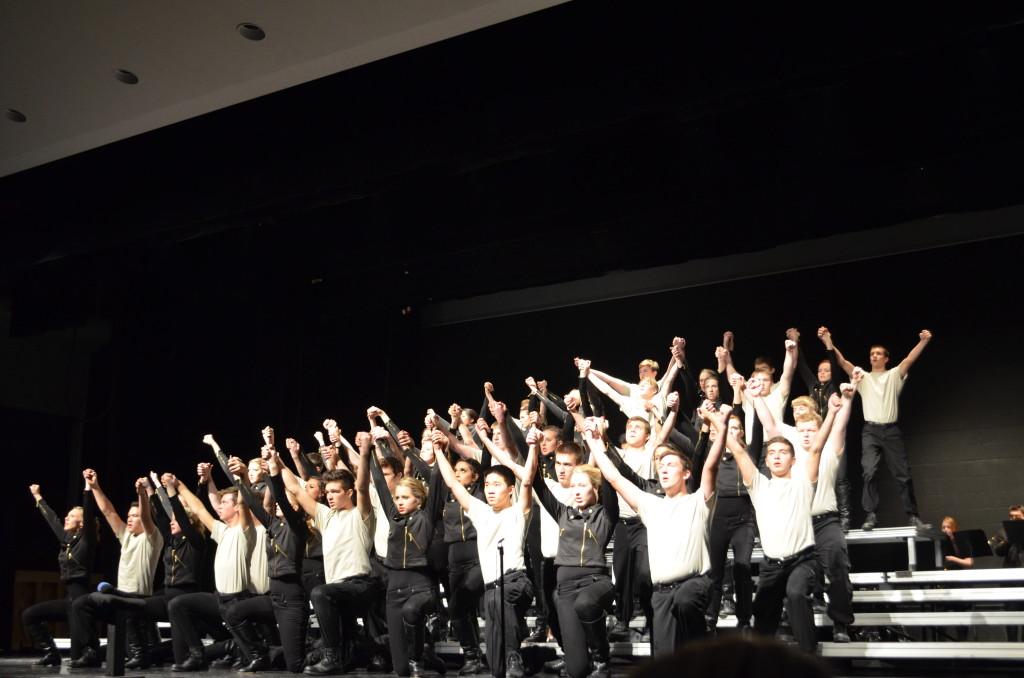 Iowa Core Assessment testing begins this week for 9th-11th graders from 8-10 a.m. on Tuesday, Thursday, and Friday. The two hour delay schedule will be followed after testing is completed.

The girls’ soccer team is ranked second, and opened their season against Muscatine yesterday and won 5-2. The next game is Friday away against Ankeny.

The boys’ soccer team opens their season Thursday against Dubuque Hempstead at home.

Happiness, Inc. placed third runner up at their competition in Nashville, TN on this past weekend. Happiness won Best Technical Group and Storm Zeigler won Best Director. Erika Serbousek, sr., said, “I think that it was a really good season not with getting first place or really good scores but being a close group. Being a close group made the experience with Nashville that much better.”

The girls’ tennis team is just starting their season with a new head coach. Evann Martin, sr., said, “I was a little nervous for season since we lost several seniors but I’m a lot more confident about our line up. I think that we can be pretty good again this year and I’m excited to see what happens.”

This week Key Club is holding a used cell phone drive in 3rd hour. The winning class will get a doughnut party.

Cap and gown distribution for seniors will be Wednesday and Thursday starting at 11:15 by the senior bench.