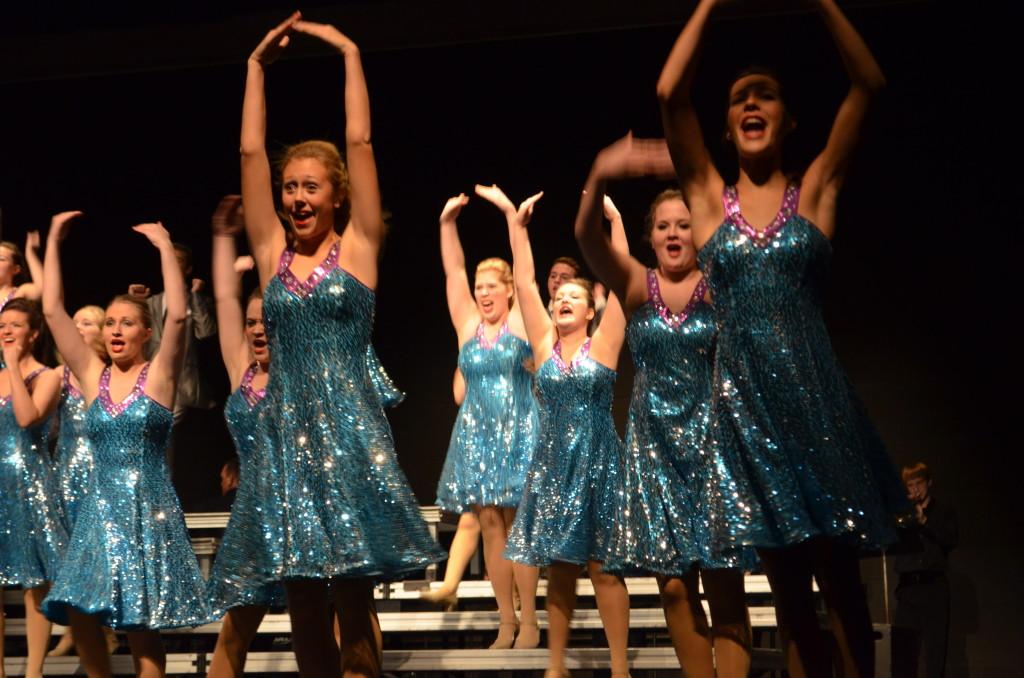 Kennedy hosted the 10th annual show choir competition, Raise the Roof. High school show choirs and middle school show choirs came from throughout Iowa to compete in this large event. Raise the Roof is an all day competition that lasts from 8 am until 12 am.
Seven middle schools competed on Saturday, with McKinley Middle School taking home first place in their division. There were 14 high school show choirs competing in the competition. Linn Mar ended up placing first.
Kennedy choral students and volunteers were the reason that Raise the Roof was able to happen. They put in a big effort every year to make the event possible. Students and parents began setting up around 5 p.m. Friday and finished around 1 a.m. Saturday.
Protégé member Olivia Weigel says that the choral students help with food sales, hosting different show choir groups, and other various jobs needed to help out around Kennedy.
Around 2,000 people attended the competition to watch or support members of show choir.
“I think that Raise the Roof benefits Kennedy by showing people what our school is about, it shows how dedicated the staff and students are towards Kennedy and how we present ourselves,” Protégé member Adam Walker so., said.
This event helps the choral students at Kennedy so they don’t have to pay as much out of pocket for competitions, clothes, etc. Kennedy itself takes in $80,000 from the competition and from that amount Kennedy receives around $40,000 in profit.
“Raise the Roof is a well known competition, show choir students are known for how helpful and respectful we are towards the people who come to watch, or to compete,” Weigel so., said.