Raise the Roof, behind the scenes 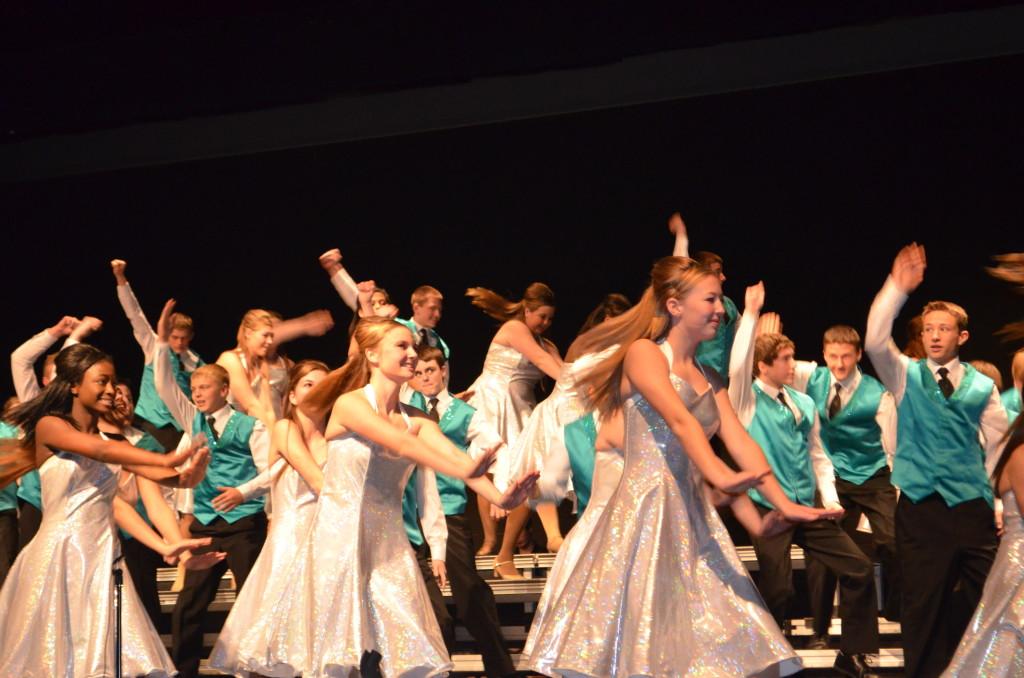 The crowd at Kennedy’s annual show choir competition, Raise the Roof, enjoyed performances from different show choirs from around the area, the real performance however was the work done behind the scenes to put on the competition.

Students a part of all the show choirs of Kennedy helped set up the school for the competition that took place on Saturday March 1.

“We had to decorate all the classrooms and make sure that they were safe for the different groups to come into,” Protégé member Mikah Lunsford said. “We also decorated all the hallways with streamers and posters. And then finally had to set up the gym with chairs and the stage.”

The process of the set up was lengthy. Lunsford herself stayed at school till 10:30 p.m. to help finish the set up.

“Everyone had to stay and help until the set up was finished. It was a long night but everything went well the next day at the competition,” Lunsford said.

“The tech are such a big help and they do so much to help the shows. There is no way the shows could have gone on without them,” Lunsford said.

Shea VonSprecken, a ‘techie’ for both Protégé and Happiness, was very involved in the setup of the competition.

“Our job was to get everything set up for the next day and we stayed till 2 a.m. and 12 p.m. for both nights. I helped move stuff back and forth from the auditorium down to the gym and then get everything put up like the risers and the stage,” VonSprecken said.

VonSprecken has been a part of show choir tech for two years and enjoys helping make things like Raise the Roof possible.

“Tech can always use more people but it is becoming more popular. When I started there were two of us and since then the number has grown,” VonSprecken said. “More people have wanted to get involved with backstage work and help put on the shows.”