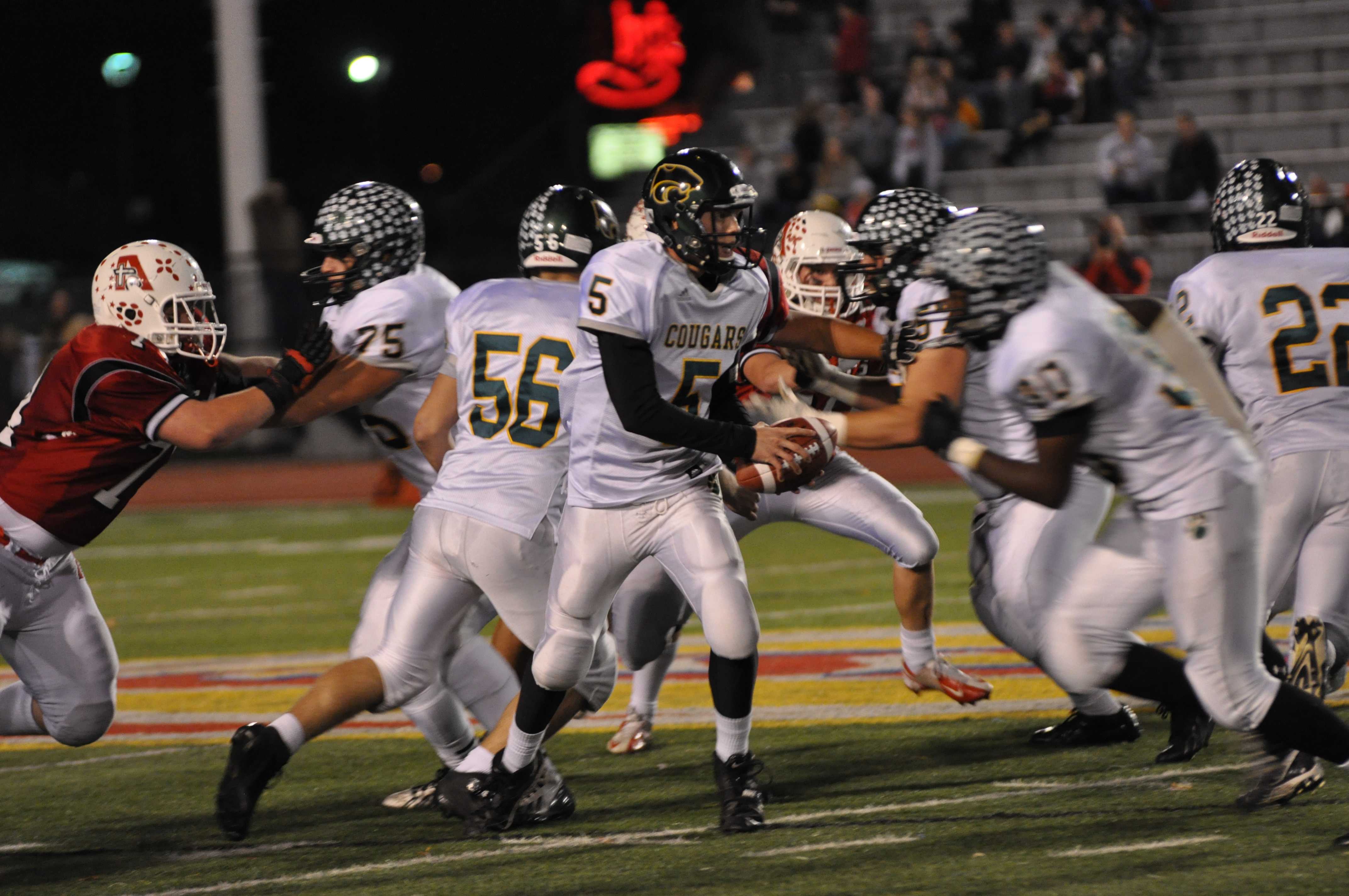 Senior quarterback Derek Jacobus looks to handoff the ball in a playoff game against Davenport Assumption.

Specialization has become more common amongst athletes in today’s world. Athletes are now being pushed to focus on one sport instead of participating in multiple sports.

Strength and conditioning coach Tim Lewis is strongly against this. He is so against specialization in fact, it was one of the reasons that he resigned as head football coach.

Derek Jacobus is somewhat of a dying breed of an athlete in today’s society. Jacobus is an four sport athlete, participating in football, basketball, track and baseball. He recently signed to run track at UNI.

Jacobus hasn’t faced a lot of pressure to conform to just one sport. The multi-sport star thinks that coaches at Kennedy do a good job of encouraging athletes to participate in as many sports as they can.

“I think that the coaches really encourage multi-sport athletes,” Jacoubs said. “I don’t think they really want a kid to focus on one sport because they’re going to get worn out,”

Parents also play a hand in specialization in today’s sports society as they want their kid to focus on one sport to try and get a scholarship. Lewis doesn’t agree with that philosophy and it concerns him.

“A lot of times it’s pushed by the parents,” Lewis said. “In their eyes they’re seeing scholarship opportunities.  They think if my get my kid focusing on one sport they’re in fourth grade it will pay for their college education. That’s absolutely ridiculous in my own opinion”

Lewis has a strong message for kids who want to play multiple sports.

“I would tell them they have a very short time to play sports and if they think that they need to focus on just one sport, I guarantee that some day they’re going to regret that,” Lewis said.