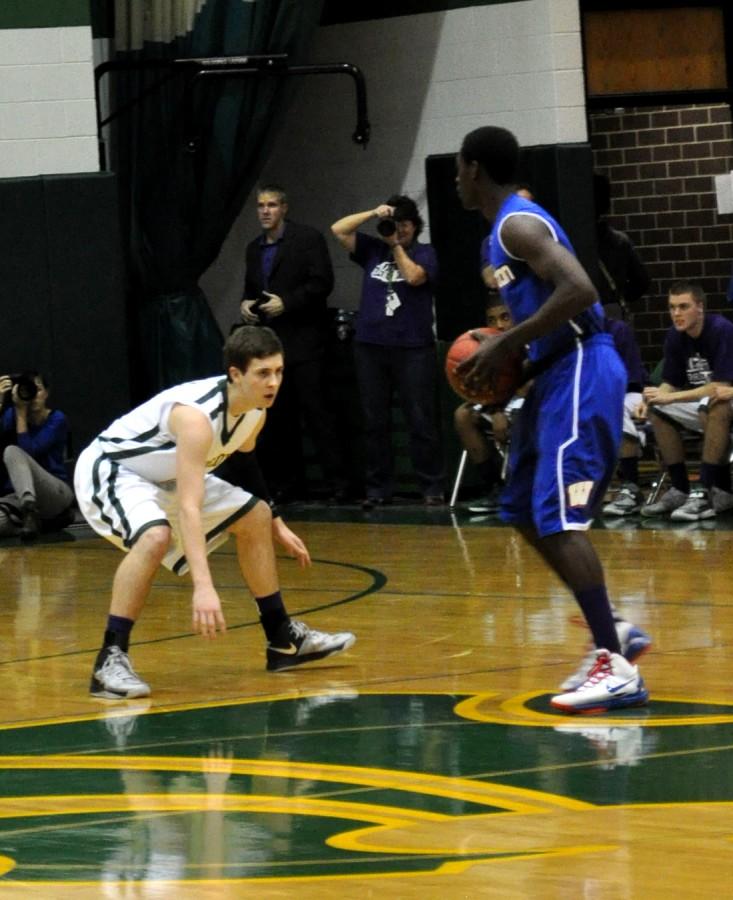 After missing a month due to a broken wrist, senior John Bardsley is making up for lost time as he poured in a career high 31 points en route to a 80-73 victory over crosstown rival Jefferson.

“John’s a good shooter and he’s going to make fifty percent of his shots,” Head Coach Jon McKowen said. “You watch John shoot and you look at the bench it’s no surprise it’s going in, because everybody knows it’s going in,”

Bardsley isn’t a one game wonder either, as he is averaging 22 points per game since his return, scoring 18 against Hempstead and against Linn-Mar.

McKowen likes what Bardsley brings to the table.

“He’s a different scorer. John’s got great leadership, he played a lot last year as a junior and he can carry over a lot of experience.”

Jefferson started out hot and stormed to a 41-31 halftime lead.

But the Cougars have been there before, and mounted yet another second half comeback en route to the win, riding Bardsley most of the way.

The senior hit five triples in the game, including three in a row in the fourth quarter to help give Kennedy a lead. He then sealed the game at the charity stripe, going 10-13 from the line.

While the Cougars have mounted second half comebacks before, McKowen doesn’t want his team to just be a second half team.

“We need to do a better job of figuring out how to come out more aggressive in the second half,” McKowen said. “If we could be that second half team that we’ve been all year in the first half and carry it through for 32 minutes we’re going to be a really good team.”