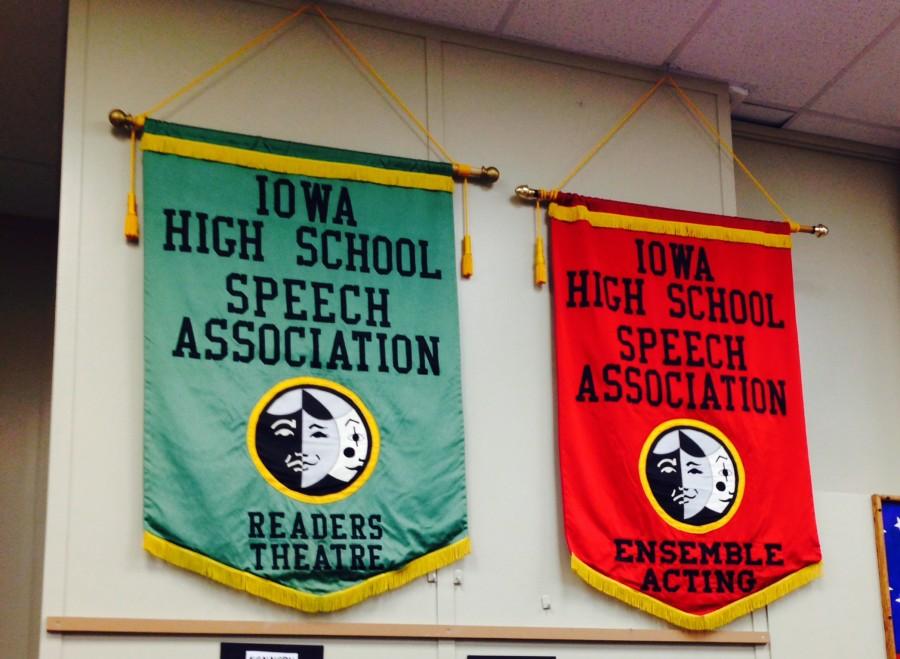 Last Saturday Kennedy’s speech team took buses to Monticello High School in Monticello, Iowa to perform at the Iowa District speech competition.  18 out of the 22 groups on the speech team made it on to State which will take place at Linn-Mar High School on February 8th.

The time in between Districts and State is an important time for the speech students along with their coaches. “It’s a time for cleaning up the things the judges suggested and adding more to the scripts and such.  It’s a transition time,” Speech Director Melissa Osborn said.

Osborn was very thrilled with how well the groups did at districts last Saturday. “I loved when they came back and said that a judge had been crying or that the audience was laughing. When they can get those kinds of things accomplished, they have done a good job,” Osborn said.

Some of these groups included readers theater, ensemble acting, and improv. The ultimate goal for a speech team member is to win a banner.

Speech team member Mikah Lunsford, so., hopes that one day one of her groups will win a banner. “It would be amazing to win a banner with my peers. We all work hard to create something amazing to perform,” Lunsford said.

Lunsford is involved in musical theater and group improv this year. “I have always loved preforming and speech gives me another opportunity to perform with my peers,” Lunsford said.

Both Osborn and Lunsford are ready to compete at state. “I am pumped for State this year. We have some great groups preforming and I know we will do well,” Osborn said