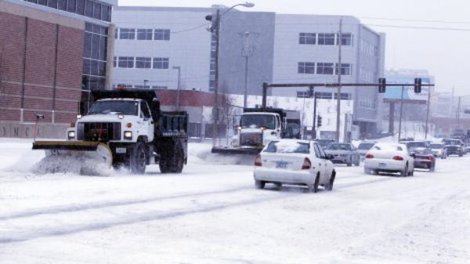 As of Jan. 23, three snow days have been called, caused by both dangerous road conditions and scary-low wind chills. That means students in the Cedar Rapids Community School District will be in school until June 9.

As snow and temperatures continue to fall, the question has to be asked: Are snow days a blessing or a curse?

Student Bailey Ovenshire, sr., goes with the former. “I don’t care if I have to make them up,” Ovenshire said.

Some teachers have a different view on them. “Making up one day at the end of the year is okay. Having the built-in snow makeup days is better,” LA teacher Michelle Frye said.

The two snow makeup days in CRCSD’s schedule have already been filled, so every snow day now is tacked on to the end of the year.

“I’m not very happy about [going to school until June 9,]” Jenny Ni, jr., said. “I’d rather have two hour delays than no school because we don’t have to make [those] up.”

What seems unanimous with snow days is that everyone can find something to do during them. “I like snowmobiling and making snow angels,” Ovenshire said. Ni commented that her favorite things to do on a snow day are “sledding, making a snowman, [and] watching Netflix.”

And the one rule about these days? “You cannot do any school work on a snow day,” Frye said.