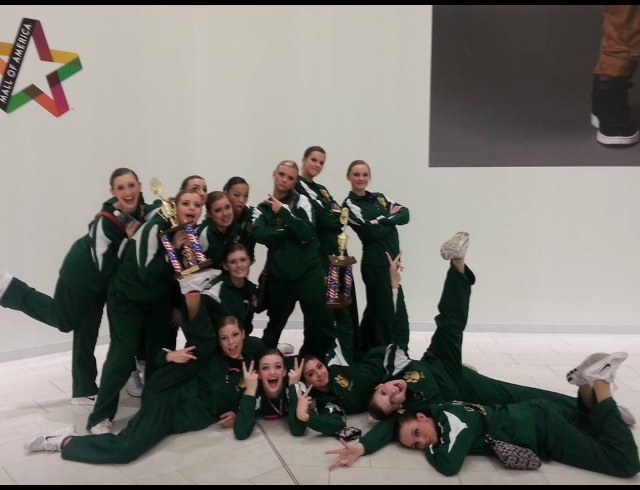 The Kennedy girls dance team ended the season well in Minneapolis, Minnesota this past weekend, placing third overall in poms and fourth overall in jazz.

“The team did really well with encouraging each other and feeding off each other’s energy and doing the best we could,” Alli Maiers, so., said.

Regionals were held at Mall of America this year, with hundreds team’s competing for a win. Out of the 12 teams in Kennedy’s jazz division they were able to place fourth. The team moved on to compete in poms and placed third out of seven teams in their division.

“I think the team ended the season very well, we had to use a lot of teamwork this past weekend and we definitely got the places we wanted,” Brooke Bekeris fr., said.

The Cougar dance team also started of the season well with their first competition in Illinois at the UDA camp that was held over the summer, they started of strong and continued to work to get better.

This season there were seven freshman on the team along with three sophomores, two juniors, and two seniors, despite the team having young members as the majority, it gave the team something to be proud of considering they had such a great season.

“We definitely got better as the season progressed and we worked really hard to get where we ended up this season,” Maiers said. “I’m so proud of our team and how hard we all worked to make this happen