District football is a go 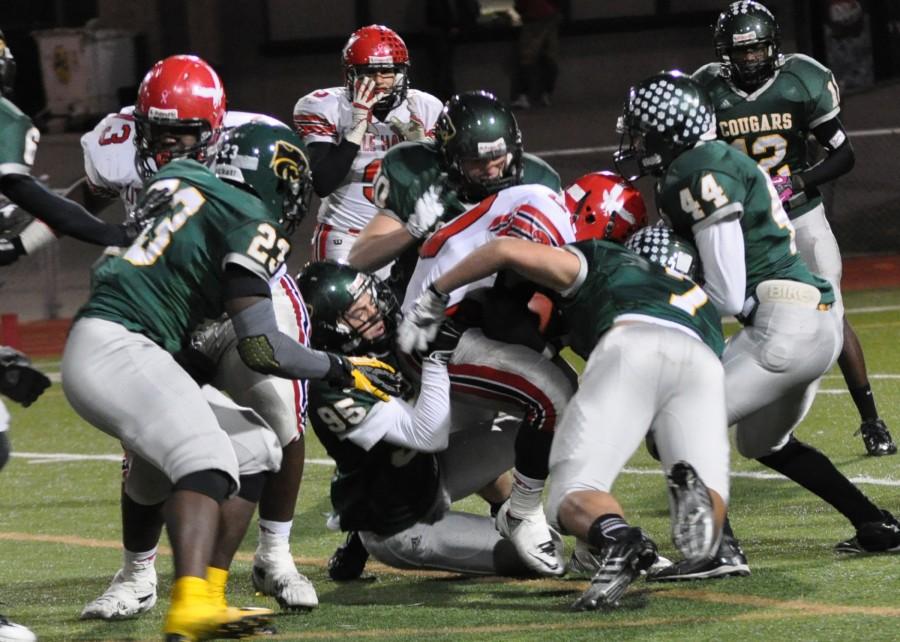 Conference football, as we know it, if officially over.

Athletic directors from around the league held a meeting to try and keep conference play alive in the east part of the state but talks didn’t fall through. Kennedy, along with other MVC schools, will be forced to play district football.

“I hate to see it go because it’s a great league with great traditions but new ones will be built,” Athletic Director Aaron Stecker said. “From a football scheduling standpoint it’s not going to have a huge impact on us.”

Xavier, along with Dubuque Wahlert, will move down a class to 3A. Xavier has compiled a record of 105-58 while in 4A and has reached the state championship each of the last two seasons.

“We were looking at long-term what would be best for the safety and competitive experience of our students,” Tom Keating, Xavier principal said.

“We considered that in all other sports (besides boys’ golf) our teams play in our enrollment classification.  We don’t ask these sports to play up a class.”

Keating will still miss some things about conference football and also isn’t too concerned about a drop off in competition between 4A and 3A.

“We will miss many things about MVC football, most importantly the relationships and rivalries that we have developed with those schools,” Keating said. “There are some truly outstanding programs in Class 3A.  We’ll have to continue to work hard if we want to have a chance to be successful.”

Xavier moving to puts the 42nd street rivalry in jeopardy. Kennedy will be allowed to schedule non-district games and it is still unclear whether they will look to schedule Xavier.

“What we’re trying to decide right now is what we want our schedule to look like,” Stecker said. “Our priority is going to be metro 4A schools first. We’ve got those prioritized in terms of who are most important (teams) are.”

Keating and Xavier is putting Kennedy at the top of his priority list for non-district games.

While in the MAC, Davenport Assumption will also bolt from 3A football. The majority of MAC schools looked to move towards district football but there we’re some schools that we’re opposed of it as well.

“North Scott was against moving to district football.  We really wanted to do the best we could to keep conference football, even with Assumption dropping to Class 3A,” North Scott Athletic Director Jason Schroeder said.

One reason that many schools are opposed to districts is gate revenue for their schools. Depending on how the districts look for each school, schools will more likely have to travel farther.

I think our crowds will be less which means less revenue for the athletic department.  Travel will probably be more which means more of an expense,” Tim Goodwin Muscatine Athletic Director said.