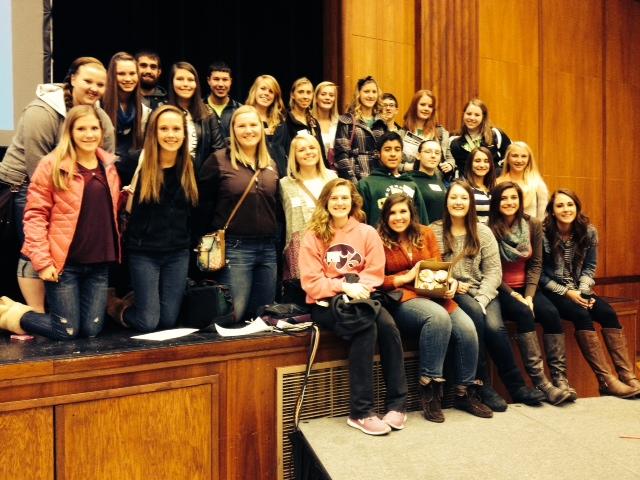 The day began with the keynote speech, given by Bobby Hawthorne. He gave experiences from his career, as well as advice for the staff of publications.

“Stories should be about the exception, not the rule,” Hawthorne said. He also gave many other tips for writing stories, as well as for interviewing and designing pages.

After the keynote was over, students were able to participate in various activities, such as attend sessions, participate in contests, take a tour, and receive critique. The various sessions were presented by several people associated with journalism in one way or another, including Kennedy’s teacher and Torch adviser, Stacy Haynes-Moore, and some were by journalism students from schools such as Kennedy, Cedar Rapids Washington, and Iowa City West.

The sessions addressed specific areas of journalism, such as photography, sports writing, graphic design, and Iowa student press law. Students could choose which sessions to attend, and there were four time slots available for attending sessions.

On-the spot contests tested a contestants’ ability in areas like photography and sports writing. Awards from these contests, which were given out at the end of the day, were won by three members of the Kennedy Torch: Katie Wolfe sr., Amy Brause sr., and Alli Nemecek sr.

During the third session slot, a tour was given of the Adler Journalism Building, including the offices of the Daily Iowan. Besides the DI, the building included a library, study areas, and computer labs.

After having received a lot of information, the Torch and Profile hope to make Kennedy’s student publications even better.