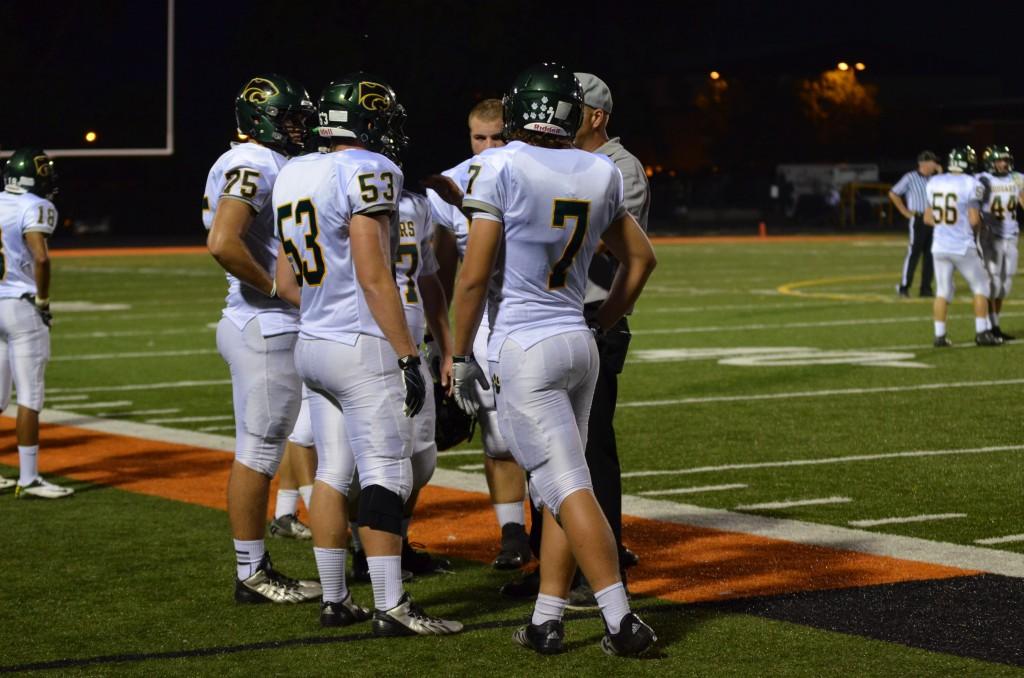 The Cougar Football team found themselves in a similar situation, down 10 late in the game. But yet again they found a way to win.

Kennedy prevailed over No.10 Prairie 28-24 putting themselves at 2-0 on the season for the first time since 2008. “We were down the entire game but our kids just kept chipping away at it,” Head Coach Tim Lewis said.

It didn’t take Prairie long to get on the board, as junior Trey Beckman connected on a long pass play on Prairie’s very first play on offense to give them a 7-0 lead.

Kennedy came right back though, after a nine play 83 yard drive led by junior running back Logan Wedo. “Our line was making huge holes, they were getting five to ten yards each gain. We just kept running the ball down their throats and they couldn’t stop us,” Wedo said.

But Prairie’s high powered offense kept on throwing the ball as Beckman threw for another touchdown to give them a 14-7 lead.

Not to be outdone, the Cougar offense responded with a touchdown pass of their own. Derek Jacobus sr., connect with Drew Heitland., to tie up the game at 14 all.

Prairie took a 17-14 lead into halftime and added another touchdown in the third quarter to take a 24-14 lead into the fourth quarter.

Then, Terrence Hall jr., and the Cougar running attack took over. Hall scampered up the middle for a 10 yard touchdown run to put the Cougars within three. “Coming out of half coach told us to keep our heads and we’re just going to keep doing what we do and that’s run the ball,” Hall said.

After a stop on defense Kennedy kept on feeding Hall, who finished the day with 97 yards on the ground, and Hall finished off a 10 play 72 yard drive to give the Cougars a 28-24 lead.

“[Terrence] works extremely hard. That quick hitter to that second back gives teams problems,” Lewis said. Last week Terrence fumbled the opening snap of the game against Washington and didn’t see a lot of reps after that. “Big confidence booster coming out from week one when I had that fumble,” Hall said.

Then, for the second straight week, the Cougar defense came up big. Senior safety Jacob Shannon intercepted Beckman to seal the victory for the Cougars. “Coach the whole game was telling us to stay on top. I got in front of the ball and I just got it,” Shannon said.

The Cougars now head into uncharted territory as they haven’t started out a season 2-0 since 2008. “Now that we’re starting off good we’ll see if we can continue doing what we’re doing. Hopefully starting out good doesn’t mean we end bad,” Lewis said.

Next week the Cougars will travel to play at Iowa City West. Kickoff is set for 7:15 P.M.