More to the American name 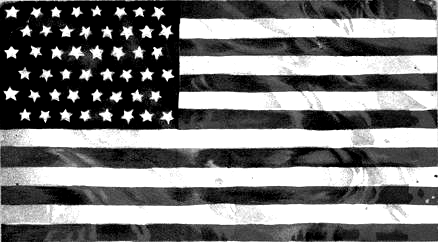 We celebrated ‘America Day’ on Jan. 29 by dressing up in their most patriotic clothes and shouting “‘Merica!” down the halls. Not America, “‘Merica”.

Americans think of ourselves as superior for many decades now. We work to bring liberty and justice to people all over the world. We Americans keep the confidence of being the best nation in the world, and in some aspects we should. Most of us are blessed to have food on our tables every day, closets full of clean clothes to wear, and the chance to go to school and learn.

There are currently around a million people serving our country in the Army, Navy, and Marines, not including all of the police and other emergency responders. Why would so many people risk their lives for us? That’s the American way, that’s why.

However, it’s not the American way to look down on people because they’re less privileged than we. We shouldn’t bully someone just because he/she has a rough family life. We shouldn’t create stereotypes and rumors of people that are different than us. Some of us don’t seem to understand that.

President Obama was sworn in for his second term of office on Jan. 21, which was also the 27th celebration of Martin Luther King Day. While this was history in the making, it seemed we were more concerned with the fact that Beyonce might have been lip-syncing or how First Lady Michelle Obama’s bangs were a little weird. We then watched and read all of the stories online about that day just finding out what was going on through everyone’s mind at the inauguration.

We tend to lean towards finding out more about our favorite celebrities than our leaders. Now not all of us were focused on the media of the inauguration, and a lot of people commented on how great the inauguration was because it was on Martin Luther King Day and how special President Obama’s speech was. The problem is those stories were hidden beneath the “controversies” of that day.

Other countries around the world respect America because of our work to make the world a better place and keep everyone safe. Americans promote, as a nation, equality, liberty, and justice for all. We should remember this next time we see someone less fortunate than us. We need to take our superiority down a notch and see people how they really are, equals.