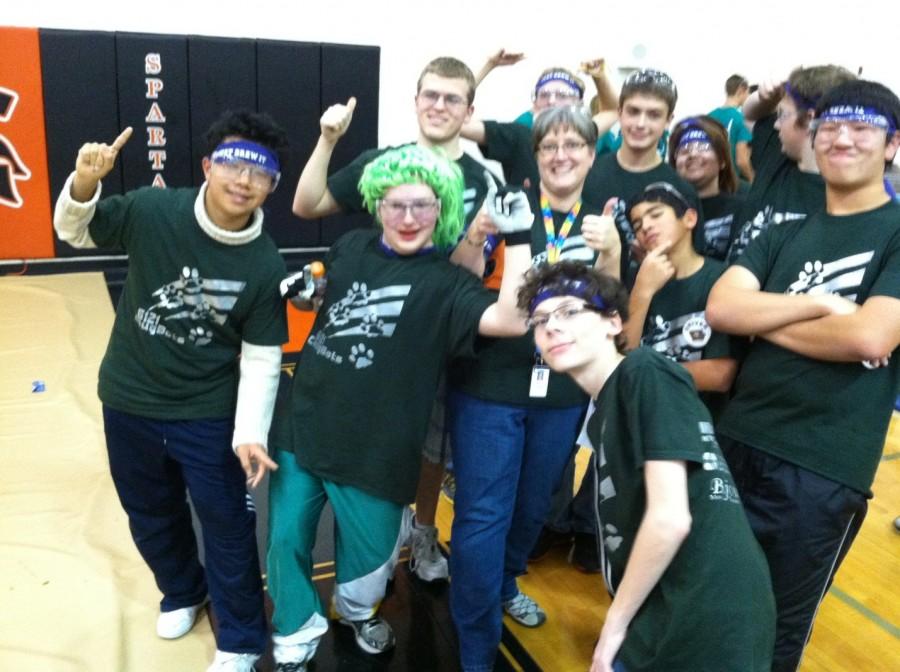 The Kennedy High School robotics team, Cougar Bots and their robot named Kenny, competed in their first competition at Solon High School on Dec. 1. The competition was a qualification tournament with only the top five teams advancing to Iowa’s FIRST Tech Challenge robotics completion. There are currently 135 high school robotics teams in Iowa and only 36 will advance to the state-wide tournament that will be held in February at the University of Iowa.At the end of 35 qualification rounds, Cougar Bots were ranked 6th out of 23 teams competing. They were selected to advance to the semi-finals in an alliance with two teams from Davenport West High School. Their alliance advanced to the final match by defeating an alliance from Jefferson High School in Cedar Rapids, Center Point Urbana Schools, and Corning High School. In the finals, however, they were defeated by an alliance from Solon High School, Xavier High School, and North Cedar High School.

In addition, Cougar Bots were nominated for the Motivate Award. This award is given to teams who show their team spirit throughout the past three months and at the competition.

For more information about this new Kennedy team, contact Mrs. Sheehy or talk to one of the 11 current team members.