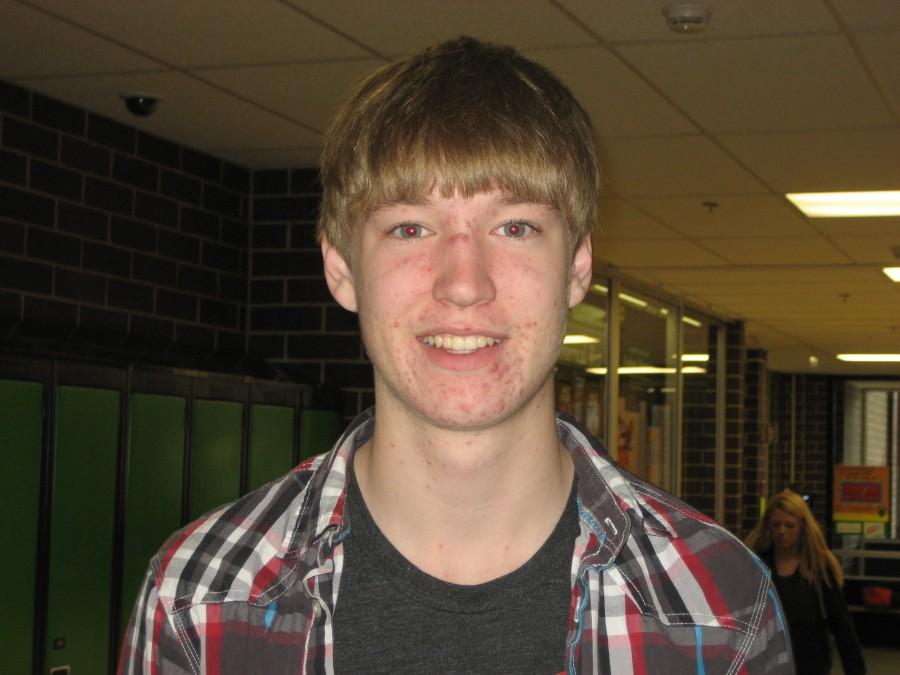 Peter Dennis, jr., will be the only student representing Kennedy in a trip to Germany this year.

The trip to Germany is offered every two years. It’s three weeks long; two weeks are spent doing travel, one is staying with a family in Germany. This year, Peter Dennis, jr., is the only one from Kennedy going.

Since he is the only student from Kennedy signed up for this trip, he is going along with the group from Washington High School. “I’ve heard a lot about the heritage [in Germany],” Dennis said, “I learned a lot about the culture through German class. I want to learn more about it by actually going there. I think it’s really cool that Kennedy offers students the ability to go to foreign countries. I wish that people took advantage of it more.”

“It’s important because you see things from a different point of view. We sometimes get in a rut where we think our way of doing things is best. It’s good to see that others do things in different ways and that it’s still okay or even better,” Diana Ross, German teacher, said.

“It’s very important to get to see things that you’ve only seen in a textbook,”Jacqueline Hullaby, French teacher, said., “Everything around you is French, so you’re immersed in the language, and you can’t simulate that in a classroom. That’s when you really start to use your skills, and when you’re living with a family, if you’re hungry you have to be able to express ‘I’m hungry’. It makes what you learn in school make sense and come alive.”

A trip is being taken to Japan as well. Kennedy has had a sister school there since 2006. They’ll visit Tokyo and Kyoto. Nine students are going.

“It’s an important part of any language to go and try to immerse yourself in the culture, use your language skills, and learn firsthand about the country.” Dan Carolin, Japanese teacher, said.