Making the calls for the love of the game 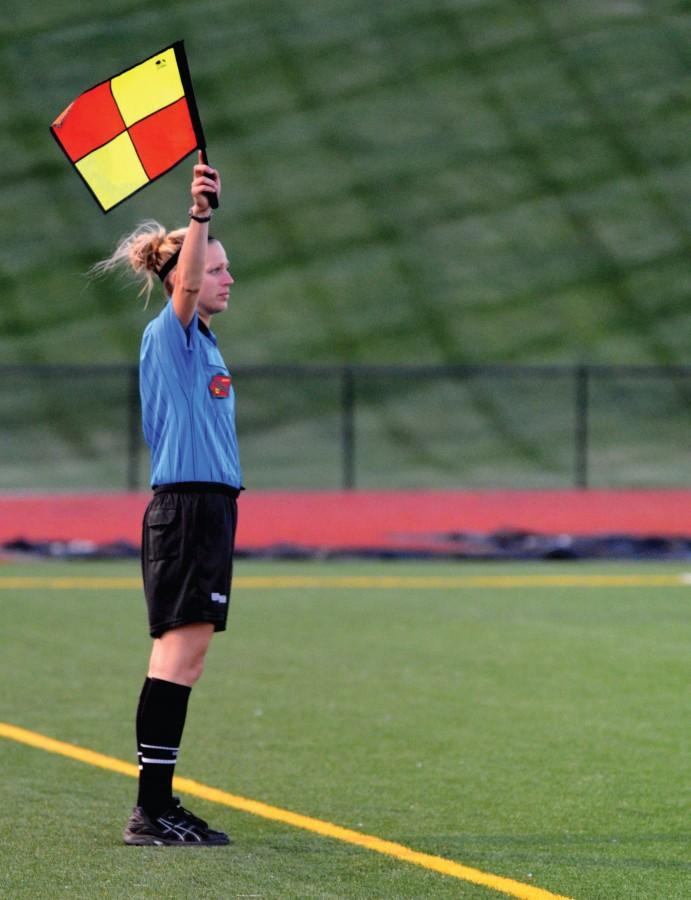 This story appeared in our May 2012 issue of the Torch.

[dropcap] S[/dropcap]econds left in a close game, each action in the game and each outcome of the game only to be decided by the players, coaches, and referees. With the responsibility of the game, refereeing at any level becomes a huge responsibility and as the game winds down each call becomes more important.

Chris Oberbroeckling has been working as a referee official at Kennedy for 10 years now. Oberbroeckling has worked as a baseball umpire throughout various high schools and colleges for 23 seasons, while also refereeing for basketball for six seasons.

Oberbroeckling began officiating games while he was in college and has enjoyed doing it ever since. “I played through high school and wasn’t good enough to play in college but I wanted to stay around the game.  I got into umpiring I was working college ball while I was in college, I went to umpiring school in 1994, wasn’t fortunate enough to get a job in the minors so instead I started working more college and high school ball,” Oberbroeckling said.

Being a referee official or umpire comes with a lot of work to be a qualified. Among many of the requirements of being a referee, they must be a licensed official with the Iowa High School Athletic Association. They must also pass an open book test each year as well as attend a rules meeting every year. Every three years they must also attend a clinic that helps with mechanics of the game in each sport.

Officials whether it’d be referees or umpires in any sport are assigned with each of their jobs. “Bigger conferences like the MVC use assigners whether it’d be baseball, basketball, or any other sport,” Oberbroeckling said.

With the huge responsibilities of the game, being an official can sometimes be a tough job. Following the game with huge levels of concentration becomes a much a very tough job at the high school level. “Physically and mentally it’s tough to work the plate every day, because you really have to concentrate. A lot of high school games can be doubleheaders every 4 to 5 nights unlike the minors where you work the plate every other day,” Oberbroeckling said. The job can also demand a lot from the crowd. “Sometimes dealing with parents and fans can be tough depending where you’re at, but usually isn’t a problem,” Oberbroeckling said.

Oberbroeckling has felt that refereeing has been a rewarding experience and loves a lot of the aspects that come with it.  “I get to know a lot of coaches, parents, and players. There is a lot of kids that I’ll watch play in high school and then see them again in college if they choose to play around here, so I’ll see them for another four years and I’ll get to see them play for five or six years,” Oberbroeckling said. Along with watching athletes develop over time, Oberbroeckling really enjoys working with around other people and has gotten a lot of satisfaction out of refereeing through that. As an insurance agent, Oberbroeckling is constantly working with people and likes that it transfers over to refereeing. “Being an insurance agent, building relationships with people is what my line of work is about and that’s basically what refereeing is about, building relationships and managing the game,” Oberbroeckling said.

Refereeing holds a lot of responsibility in each game and can be a demanding job. But for most who officiate games whether it’d be on the high school level, or above, the love of the game and developing relationships keep most officials busy as they enjoy what they do. “I enjoy working high school games, kids are just there to play and learn and develop lifelong habits through the game,” Oberbroeckling said.