Students Are Not Their Class Rank 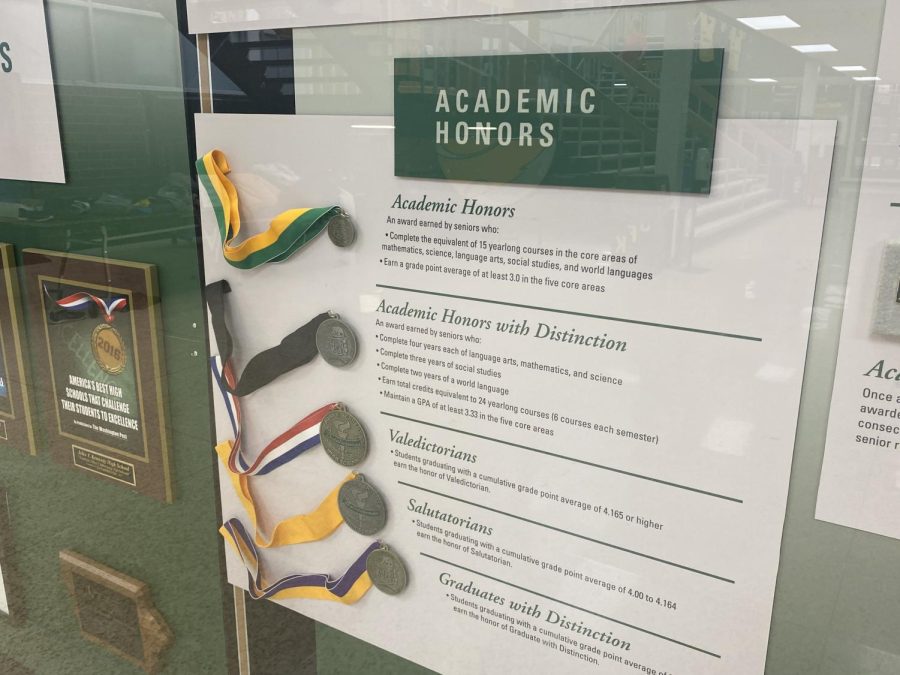 Students worry about their class rank throughout their years of high school.

I have a habit of getting on people’s nerves because I am not what other people think I should be. Instead of being the brilliant, prideful and laser-focused student most expect of a valedictorian, I openly admit when I don’t know something, I appreciate a good day of procrastination and I talk more about cute boys and pretty dresses than Euler’s line. I am not my class rank and neither is anyone else.

Underclassmen don’t need class rank. While the class rank does show how other students stack up against each other, it can crush those at the bottom. When someone has a higher rank than you, you feel inadequate. When you have the higher rank, you feel successful.

Even among the seniors, class rank yields minimal benefits. Senior Kayleigh Duncan who ranks first in her class said that even her prestigious rank has resulted in almost nothing.

“I did get a scholarship to two of the three scholarships I applied to,” Duncan said. “But other than that it hasn’t done that much for me.”

Get rid of the class rank for freshmen and sophomores. Get rid of the stress that comes with it. The rank system can be reinstated for juniors and seniors to make it easier to apply for scholarships and universities when a class rank is necessary.

The class rank system at Kennedy is less exclusive than other schools. Principal Jason Kline has said his experience as an associate principal at Myers Park High School in North Carolina has taught him Kennedy has a more inclusive valedictorian and salutatorian titles than other schools. However, less stress does not mean no stress. Freshman Luke Horton says while it hasn’t caused any mental health issues, it has definitely contributed to his stress levels.

Underclassmen are already getting used to the new environment of highschool—the workload and the people. There doesn’t need to be a number telling us how well we are adjusting.

Class rank ignores whatever is happening outside of the classroom. Grades don’t reflect the struggles students face outside of school, and students shouldn’t have to feel bad about the number next to their name on top of what they are already facing.

While Kennedy does reward students for things other than academics, it can be tough for students to find comfort in their academic skill.

“Especially for the kids at the top, it feels like you have to be number one or else. It makes kids feel like they are ranked in order of importance,” Horton said.

Students are already stressed and we are working our hardest while trying to balance other things in life. We don’t need more things to stress about. Let students be students, not a number.