Spreading Kindness in a Quiet Way 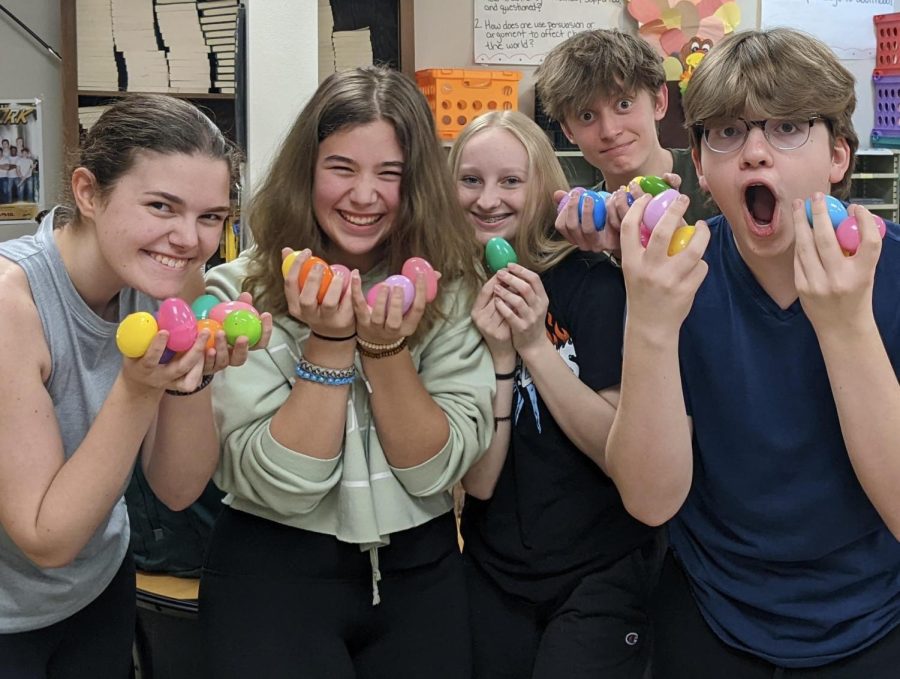 Kinder Kennedy posing with the eggs they hid around the school.

Kinder Kennedy, a club at Kennedy High School, consists of students who strive to make school a safer and kinder place. This group is led by Ren High, president of the club, Cade Beck, vice president, and adviser Christina Langton.

“Kinder Kennedy is a kindness group that does little fundraising and support around our community,” High said. “It exists because a group of students decided to come together and do fundraising because instead of a group like key clubs or like a bigger organization that goes out of state, this is just for our community.”

Recently Kinder Kennedy helped Pierce Elementary prepare for their senior walk. The group helped students create posters which were displayed as seniors walked through the halls of their old elementary school before graduation. The activity made not only the children happy but the graduates too.

“We all took a vote on what we were gonna do for our next project,” High said. “The elementary schoolers were going to do something anyway and sometimes it just helps with older kids leading them and having fun with it. When teachers try to lead a group of kids into doing crafts it’s not as fun if older students do it with them. That was our idea.”

Organizations often do something kind for their community to try and make it a better place but it rarely makes a difference. Kinder Kennedy hopes these small acts do make a difference despite not being huge gestures.