A Month to Celebrate Women 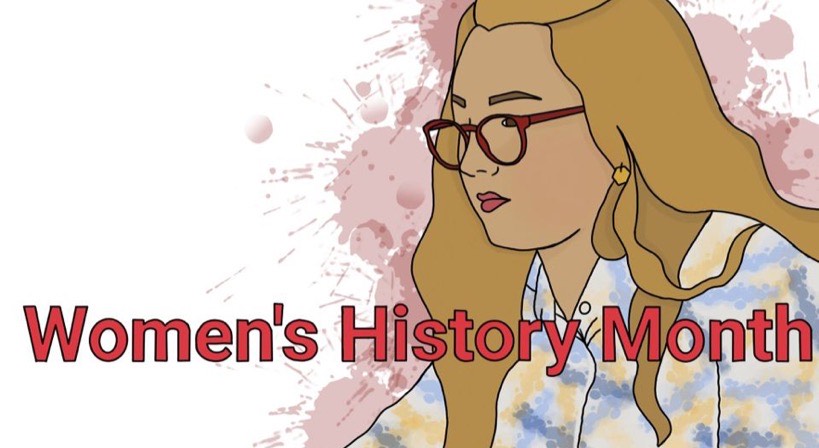 Womens History Month has a rich history that should be recognized and remembered.

National Women’s History Month was created to celebrate how all women contribute to American history.

As we celebrate historical women from around the world, it’s important to remember some of the most notable figures.

Elizabeth Cady Stanton is one of the founding members of the suffrage movement. She was a key organizer for the first U.S. women’s rights convention held in 1848.

Alongside Stanton’s fights for gender equality, Ida B. Wells was one of the founding members of the racial equality organization later known as the National Association for the Advancement of Colored People (NAACP). By her side was Lucretia Mott and Sojourner Truth who also fought for gender equality for black women.

There may also be women in your personal life to celebrate this month.

“[I’m celebrating] my mother because she never gives up, especially when held against gender norms,” said sophomore Gracie Wonase.

“My mother and grandmother have lived through difficult situations and times. They never have stopped,” said freshman Delaney Steenblock. “Countless of my female and even some of my male friends speak for [women].”

Achieving gender equality is a fight for all women. These movements also include transgender women.

According to a study from the National Women’s History Museum, there is a lack of diversity within Women’s History Month. They discovered not all women’s experiences are well-immersed into our history.

“Latinas, black women and transgender women all have more difficulties then I can even imagine facing,” Steenblock said. “I want to celebrate women and girls who go through every day being put down, belittled or ignored not only because of their gender but also because of their race and sexual orientation.”

Transgender women were vitally important in the women’s movement but historically have been excluded from feminist spaces. During the 1970s, trans women would be met with violent threats when attempting to enter feminist movements.

Sylvia Rivera and Marsha P. Johnson are known for their work at the 1969 Stonewall Riot, an event where members of the LGBTQ+ community protested a previous police raid. After Rivera met Johnson, the two were actively involved in the Stonewall Inn uprising on June 28, 1969.

Stonewall wasn’t their only focus.

“Darling, I want my gay rights now. I think it’s about time the gay brothers and sisters got their rights … especially the women,” Johnson stated.

Women like Rivera and Johnson deserve to be recognized along with those who help achieve women’s rights. In a time when the idea of transgenderism was still taboo, their efforts helped advance trans acceptance.

It’s often assumed that with the progress feminist movements have made over the years, there is no longer a need for feminism. However, women still face discrimination and harrasment.

The World Health Organization (WHO) reported that 30% of women are victims of physical or sexual assult. The Pew Research Center found women were paid just 84% as much as their male counterparts.

“Although this situation and problem doesn’t feel major, it is still here and will not go away easily. We need more women to be leaders and to reach out into society to share their voice and their experiences,” stated Steenbock.

As we look into the future of gender equality, more factors have to be taken into consideration. New views on religion, race and sexuality have started to integrate their way into modern feminist movements. Including men and non-binary genders in these discussions, along with educating our youth, is also important to achieve universal equality.

“The education of our youth is arguably the most important contribution in our efforts to shatter this construct,” said Jonah McMahan, a sophomore at Kennedy.

March is a month to celebrate the women of our history and recognize their achievements. As we do this, we must also focus on how to progress future Women’s History Months.