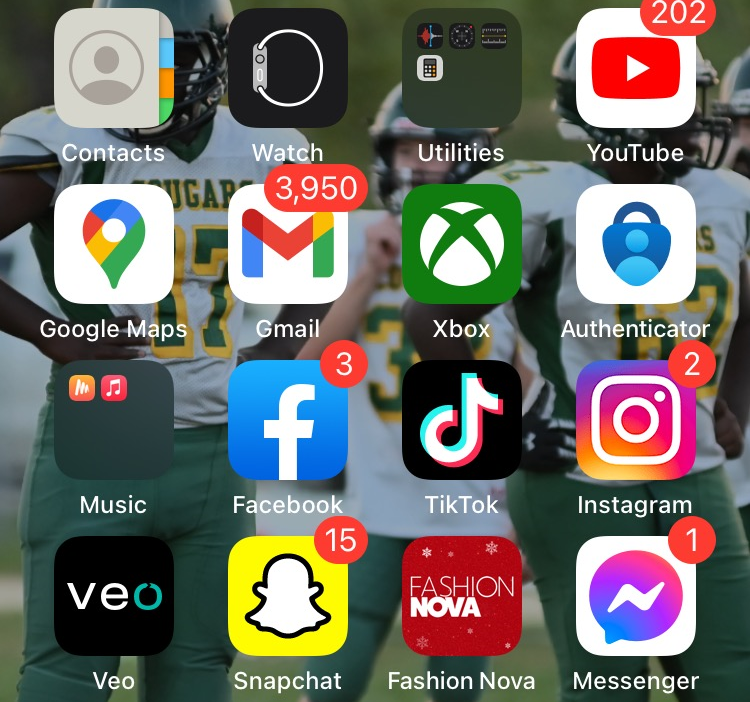 Social media apps send constant notifications to convince users to dive back in.

On Thursday, Dec. 16, schools nationwide were made aware the following Friday was “School Shooter Day.” Students across the country chose to stay home. The CRCSD reported 39% of its 16,000 students were absent Friday.

Nothing happened at Kennedy, but other Cedar Rapids schools, including Roosevelt and McKinley Middle School, had to go into lockdown due to threats. Kennedy’s School Resource Officer, Andrew Tran, was closely watching the school security system all day. Measures were taken by staff to ensure student’s and staff’s safety.

McKinley Middle School had officers dispatched due to a report of a gun in a student’s locker. The student was charged with carrying a firearm. CRCSD involved local law enforcement in this situation to keep students safe.

In recent months, TikTok trends have begun to affect students’ lives. School is supposed to be a safe place and these trends are destroying that scenario. Viewers don’t often report videos like these, even though they can cause harm. People enjoy the attention related to these serious and potentially fatal situations. At the end of the day, students who take part in these trends are the ones causing harm, not even the trend itself, because the trend started as a joke. However, some people who took it seriously spread hysteria, which quickly spiraled out of control.

Social media is used as a vessel for misconduct and allows students to organize problematic and harmful situations, whether intentional or not. Social media allows students to say things without consequences. We are allowing a world of unregulated interactions to happen for kids of all ages. There has to be a better answer.