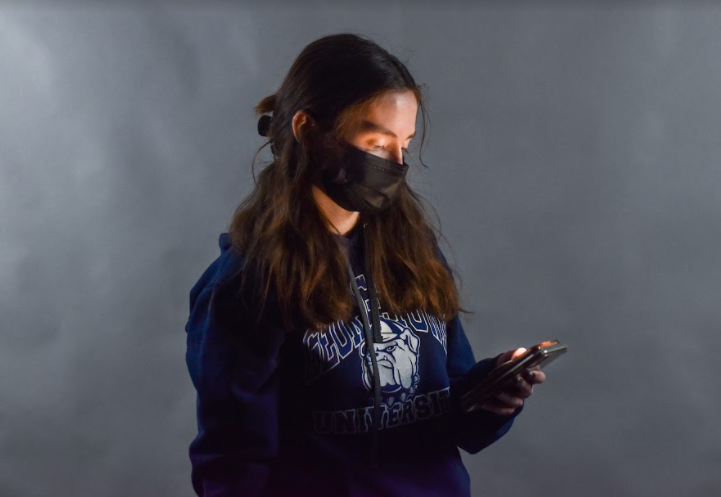 Phones are taking up parent's attention

Teens are commonly accused of being addicted to their phones, but parents’ phone usage is rarely questioned. Parents often are ignoring their children for their phones and do not care for them because of their phones. A poll on Torch’s Instagram page found 53% of the students at Kennedy agree that parents spend too much time on their phones.

According to Michigan State University Extension, distracted parenting is when hand-held electronics are being overused by adults with children. One way infants grow is by looking for their parents’ eyes to get cues and emotions from their eyes. If their eyes are on their phone instead of their child they aren’t getting any of those cues. When parents are distracted by their phones, they are also prone to react more harshly to their kid’s behavior. Some kids accept their parents’ lack of attention, but others will act out, throw fits or become “troublemakers” to fight for their parents’ focus. No parent can be fully attentive to their children but, there is a difference between occasional distractions and complete neglect.

Sophomore Kimberly Klima has faced problems with being second to her parents’ electronics. Though she doesn’t experience this issue with her mother, Klima struggles to communicate with her dad when he’s on his phone.

“I get ignored a lot when I’m trying to talk about something super important, something that I’m passionate about, or something I want to do. It’s like my dad’s phone is first and then me,” said Klima.

According to “Today’s Parents,” children whose parents were absorbed by technology had a hard time connecting with their parents. Children showed less happiness and curiosity overall. This can cause issues with day-to-day coping skills such as talking about their emotions with someone they trust.

Emotional issues aren’t the only thing caused by distracted parenting, physical consequences are there as well. Research shows that once cell service became available, there was a 10% spike in the number of kids sent to the emergency room.

We as humans overall have an issue when it comes to electronics, especially texting and driving, among other serious things. With that said, parents’ issue has a large impact on the next generation. The negative physical and mental impact it has on the children being raised is becoming more and more severe as technology develops.