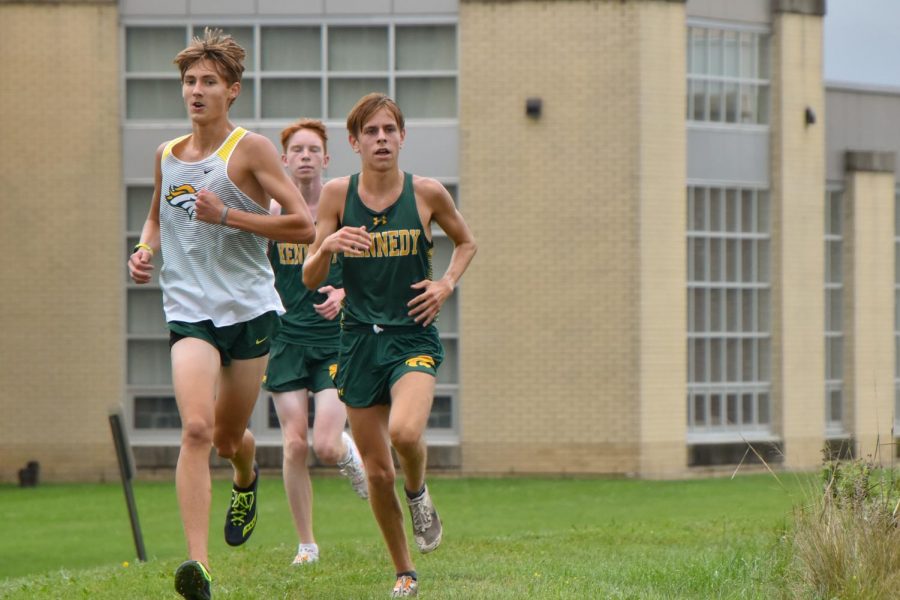 As the varsity boys are running towards the end of the cross country season, Miles Wilson is a step ahead of the rest. The Cougar Cross Country team has had a season of strong finishes including a first place win at the Anamosa Invitational.

“I’ve improved way more than I thought I was going to heading into the season,” said Wilson.

Wilson pushes himself and his running in hopes of having an even better senior season and potentially running at the collegiate level.

Kennedy Boys’ Cross Country got the chance to qualify for state when they ran at Seminole Valley on Oct. 20. The team came up just short of qualifying for state. Wilson qualified individually when he placed 5th. He will run Friday, Oct. 29 at LakeSide Municipal Golf Course in Fort Dodge along with sophomore Henry McMahan and senior Bethany Smeed.

“We’ve got another year with our same scorers because we’re all so young and we’ll have another shot to place well at state[as a team],” Wilson said.

He plans to continue working hard and push his own expectations of himself. Wilson reminds others to do the same.

“Never doubt your own ability and trust your training,” Wilson said.