The Unknown Dark Side of Teens 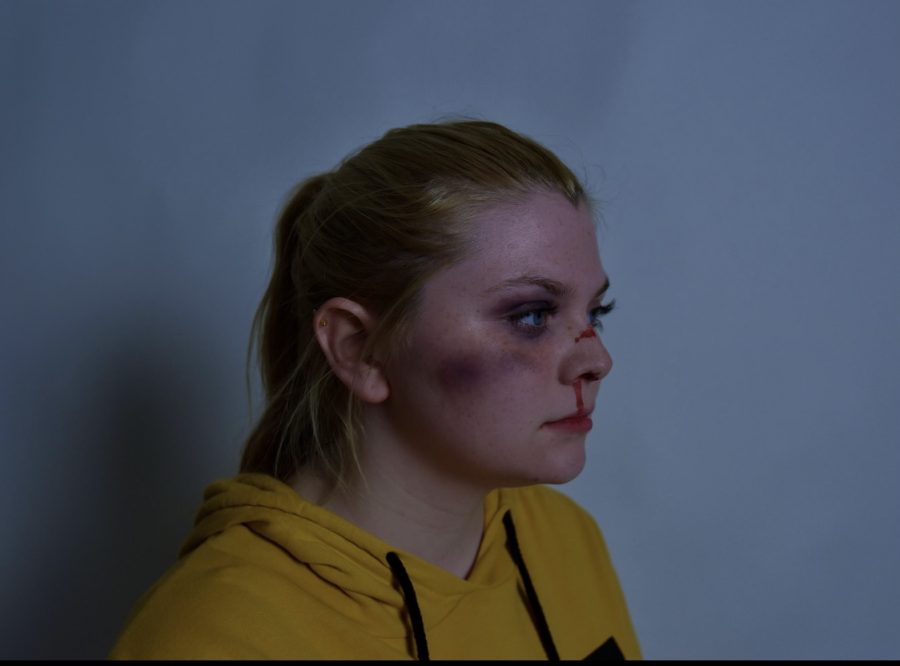 Bruises, black eyes and other injuries can indicate someone was involved in teen violence.

Teen violence is everywhere and happens for many reasons. Outsiders may not see a reason for violence, but those involved might. Sometimes it happens without a reason; Teens may simply “feel like it.”

Lille Barnett, a 16-year-old sophomore at Metro High School, has been arrested for assaulting a police officer, driving while intoxicated, operating a vehicle without the owner’s consent, vandalism, shoplifting, carrying without being of age, arson, fighting and various other charges.

“I’ve been in seven fights. I always had a reason for why I was fighting but the biggest reason I’ve fought someone over was because they said something about my dead friend. It never affected my schooling,” Barnett said. “As far as weapons go, I’ve never used them in a fight but other people have pulled out broken glass bottles and guns. Although I’ve been arrested a lot, I’ve only been arrested for fighting once.”

In Philadelphia, a man is currently in a coma because a group of teens jumped him. The teens punched him to the ground, cracking his skull open on the sidewalk, causing him to have a brief seizure and lose consciousness. His doctors don’t know when or if he will wake up.

In Brooklyn, a 17-year-old girl was stabbed in her neck and back during a fight outside her school. No motive for the stabbing was found.

In Washington, two 16-year-old girls agreed to fight. After a few swings, one of the girls pulled a 3-inch pocket knife out from under her skirt. She stabbed the other girl at least 20 times across her shoulder, torso, neck, face and back.

Fights happen at Kennedy too. Andrew Tran is the School Resource Officer responsible for dealing with Kennedy fights. He used to work at Jefferson High School. Before schools, Tran responded to teen violence calls out on the streets.

“The most serious was shooting and murder,” Tran said. “I’ve had to identify a body of a former student at Jefferson that I had a great relationship with and I cared a lot about, so that was very hard for me to witness but I was the only one who could identify his body. It was riddled with bullets and it’s very, very traumatizing.”

“If only we had the skills in place to be able to get through conflict without resulting in any type of violence,” Tran said.

Being involved in teen violence doesn’t always mean you’re involved. You can simply be a witness. According to the United States government, every day thousands of people experience some form of teen violence.

Sophomore Natalie Fiester has contacted numerous people who have been involved in teen violence. She doesn’t let violence affect her personal life.

“I like to keep myself away from people like that lately. I’ve built a different friend group that doesn’t get in fights as much … If someone gets into fights I try not to talk about them around my family. The closest thing to a fight I’ve ever been in was when someone came up behind me and pushed me,” said Fiester.

Murder is the third leading cause of death for people between ages 10-24. Every day, over 1,000 teenagers are treated in the emergency room for injuries related to teen violence.

Preventing bullying and teaching children about violence at a young age can help lesson teen violence. The Centers for Disease Control and Prevention has resources available for teens who are struggling with violence and adults who want to know how to handle violent teenagers.