Anorexia – Mental Disorder of the Day 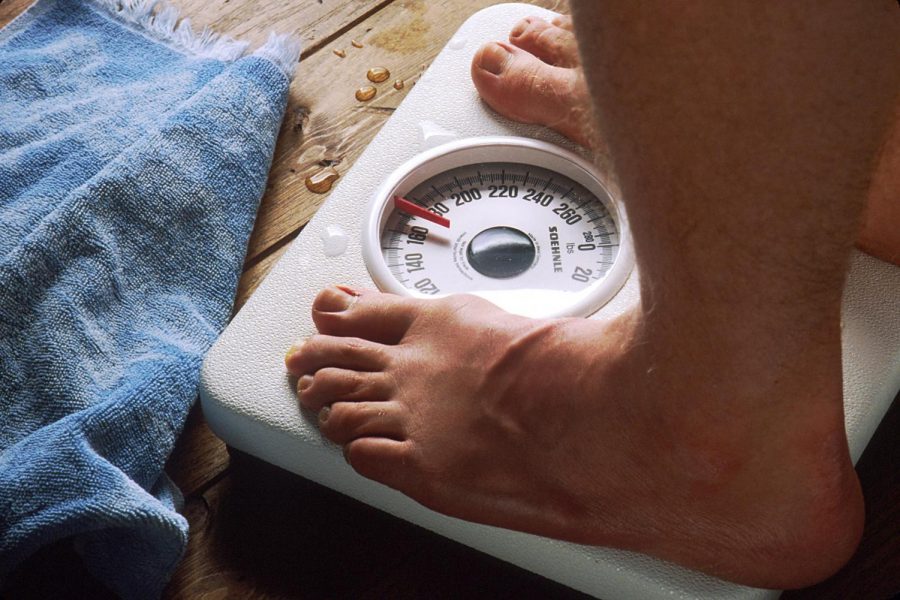 Anorexia can cause dangerous weight loss.

October is Mental Illness Awareness Month, so each day I’ll explain one mental disorder, its effects, its symptoms and how to support someone with the disorder.

A quick disclaimer: this is not a tool for self-diagnosis. This is simply to educate and make others aware of different types of mental disorders. Please reach out to a professional if you have concerns.

Anorexia, with over 200,000 cases per year, is one of the most common eating disorders in the United States. It’s an eating disorder that causes people to obsess about their weight and what they eat.”

This disorder can be developed by anyone and is often sparked by family or friends suggesting they diet or lose weight, trauma or loss, others displaying the disorder, how some cultures view weight and body size, personality and brain chemistry.

According to Mayo Clinic, anorexia symptoms affect one’s body and behavior, including:

These symptoms can be difficult to detect in others as those with anorexia tend to hide or validate their symptoms. Their abnormal behaviors are not a choice and are not just for attention. There is psychological reasoning behind them.

For example, people with anorexia often eating the same food repeatedly while refusing to eat other foods. This is because that specific food is a “safe food” and is most likely low-calorie to lower the chance of weight gain.

Understanding emotional and mental symptoms for someone with this disorder is the key to supporting them. These can include:

Constant worrying and thoughts about food, weight, and body image
Extreme fear of gaining weight or getting bigger
The need to feel in control
Food rituals
Holding back from social situations that may involve food
Fear of eating in public

When supporting someone with concern of anorexia, there are a couple steps that should be taken.

Learn about eating disorders, but understand it may be different for everyone.
Talk to them kindly about their behaviors.
Suggest talking to an adult or getting a professional involved.
Have their back and support them through their struggle.
Don’t shame them throughout recovery.
Understand and empathize with their struggle and point of view.

Misconceptions about anorexia make it hard for those affected to talk about their struggles.

The misconception that people with anorexia have to be thin to be anorexic, for example, is simply false. Body size has nothing to do with having anorexia; it’s about the behaviors they exhibit and their relationship with food.

Another misconception is that people with anorexia don’t eat. In reality, they eat but restrict themselves to a dangerous level and avoid very specific foods. Anorexic eating can look like eating only “safe foods”, satisfying hunger with low-to-no calorie drinks and gum and keeping a food log to track every calorie they take in.

This disorder is different for everyone and commonly goes undetected. If you or someone you know is struggling, please reach out to an adult or someone you trust. We are here to help, not to judge.