Suicide Awareness and Prevention Every Month 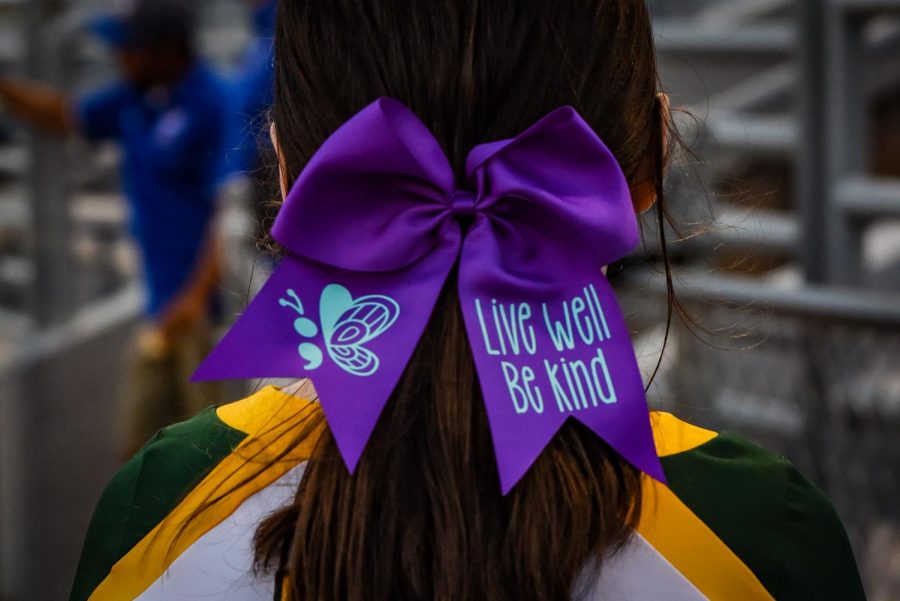 September was Suicide Awareness and Prevention Month but mental health is an issue year round. Suicide is the second most common cause of death for people between the ages of 10 through 34, and is the tenth overall in the United States. An estimated 285,000 people survive a suicide attempt each year.

Dana Melone, the AP Psych teacher at Kennedy, has confidence that talking about mental health can have a worthwhile effect.

“Any time you bring awareness to mental health it is a good thing.  It reduces stigma and lets people know they are not alone and brings up a topic that often people are nervous to talk about,” Malone said.

The more that suicide is talked about the more the stigma will decrease. Almost four times more men die from suicide than women. Junior Abby Johnson believes there is not enough support for men who struggle with their mental health.

“There’s such a stigma to [suicide] especially for men. They feel like they can’t talk about their emotions,” Johnson said.

Women are diagnosed with depression twice as often as men are, but men are less likely to get help for depression.

“It’s not that men don’t have the same issues as women – but they’re a little less likely to know they have whatever stresses or mental health conditions that are putting them at greater risk for suicide,” Psychologist Jill Harkavy-Friedman said.

According to Healthline, there are many ways to combat anxiety, such as exercise and laughter. Exercising and laughing release endorphins—natural painkillers. Lighting a candle with a calming scent like lavender or frankincense can also reduce stress. On the other hand, caffeine can negatively affect anxiety and depression.

Sharing resources like hotline numbers, and local places to get help is very important. The more mental health is talked about the more people will ask for help.

The negative consequences of suicide run deep and span decades. The victim, and all of their family and friends, are impacted.  Loved ones feel unresolved guilt for not noticing and not responding to prevent the incident. They often feel they ‘should have known’.  The end result leads family and friends to more depression and anxiety.

“[Suicide] affects everyone because everyone is going through something. Make sure to check in on your friends and yourself,” Senior Taylor Zebuhr said.

The Green Bandana club at Kennedy prepares students to be mental health advocates. These students give you a safe place to share any mental health concerns you may be struggling with.  Sign ups are still happening, contact Malone at [email protected] to join.