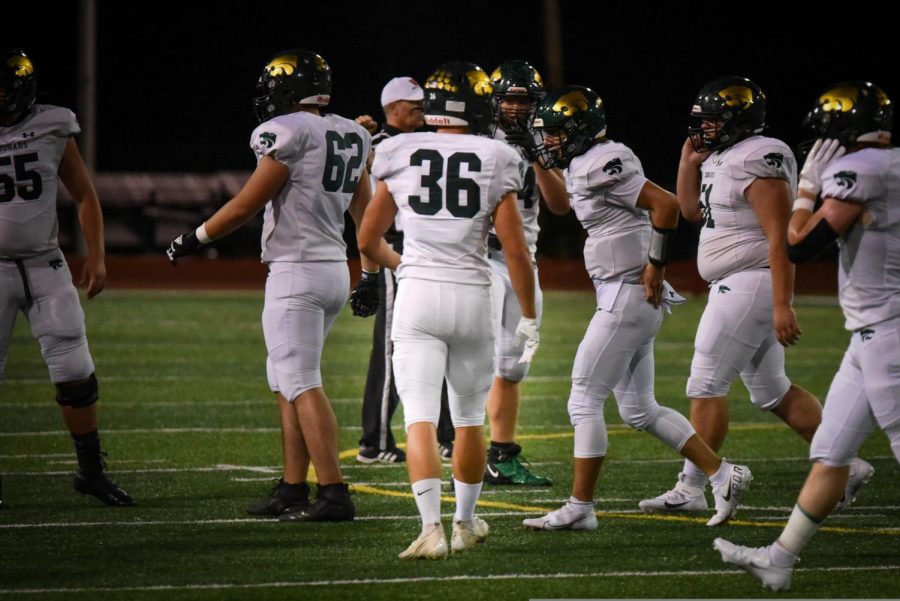 Colin Flannagan (#36) walks to huddle with the rest of the Cougars.

When thinking about football, the first players that come to mind are the Patrick Mahomes, Davante Adams and Tyler Goodsons of the world. Seldom do people appreciate good fullback play, delivering lead blocks to create running lanes and getting tough yards themselves.

The fullback position is built off toughness, effort and willingness to hit people; Colin Flannagan embodies that. Listed as a 6’1, 195-pound running back on MaxPreps, his play reflects those qualities—he regularly delivers hard-hitting lead blocks, which helped the Kennedy backfield accumulate over 2,200 yards last year—though he only accounted for 11 of them.

Despite Flannagan’s success as a fullback, the fullback position is increasingly rare in football. Just 19 players are listed as fullbacks in the NFL, and a few of them only help with kick and punt coverage. Rivals stopped listing fullbacks on their site after the Class of 2020. Fullbacks are now listed as “APB”s or All Purpose Backs, alongside receiving backs, as the running back position has shifted further from fullbacks like Jerome Bettis and Peyton Hillis to small, shifty, fantasy football-friendly receiving backs like Austin Ekeler, Christian McCaffery and James White.

“A lot of teams build their teams to run spread offenses—they run quick passes to guys in space,” Flannagan said. “We prefer to shove the ball down the other team’s throat. The fullback position gives you more run flexibility. A lot of teams play pass defense, and sacrifice defending the run to do so, and running plays out of the ISO formation and other formations that use a fullback to exploit those defenses.”

Excelling at the fullback position requires buying in and being a positive teammate.

”[He’s a] ferocious competitor” junior linebacker Asher Smith said. “He gives his all every play and expects the same for us.”

So far this season, Colin has been an integral part of Kennedy’s offense, helping them accumulate 932 total yards of offense, 469 rushing yards, 41 of which he ran for himself. Ranked #2 in 5A according to the Des Moines Register, the Cougars play winless Cedar Rapids Jefferson next at 7:15 on Friday, September 7th.