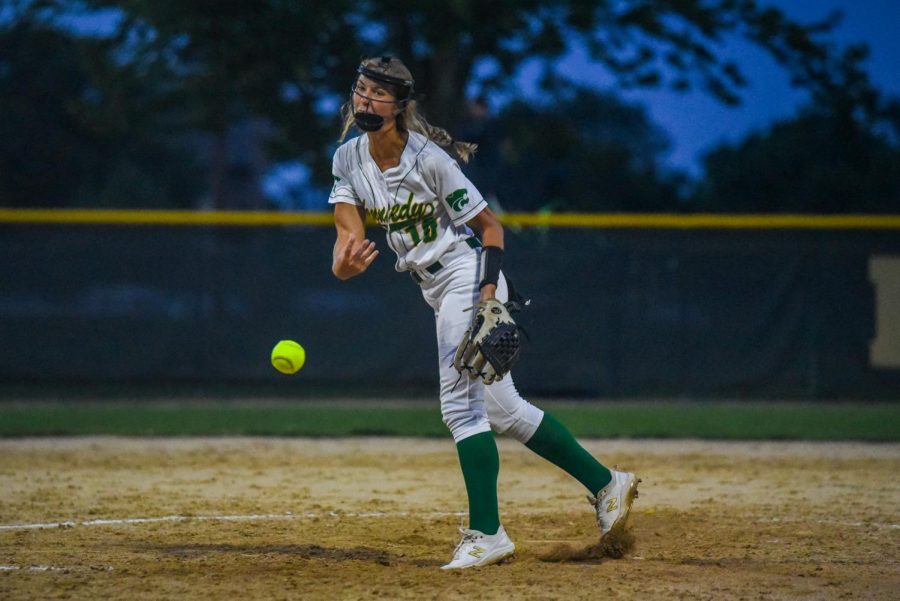 This week, Kennedy’s varsity softball team participated in the IGHSAU Substate tournament, competing for a spot in the State tournament in Fort Dodge.

On July 10, Kennedy played in the semifinal game of the substate tournament against Cedar Falls. The Cougars were led to a 9-0 victory by pitcher Jayme Scheck, sr. Kennedy was headed in scoring by Topanga Beauregard, jr., who hit two home runs, one of which was a grand slam. After winning the game, the Cougars advanced to the substate final against Cedar Rapids Jefferson on July 13.

During the substate semifinal game, the Cougars defeated the J-Hawks 1-0. Kennedy’s only score was achieved in the 1st inning by Mya Dodge, sr., with a home run over the left field fence. Scheck, pitching again for the Cougars, held Jefferson at bay with only 3 hits.

Kennedy now advances to the State tournament ranked as the #5 seed. They will begin by facing off against Waukee (#4), on Tuesday, July 20, at 7:30 pm, at Iowa Central Field in Fort Dodge.