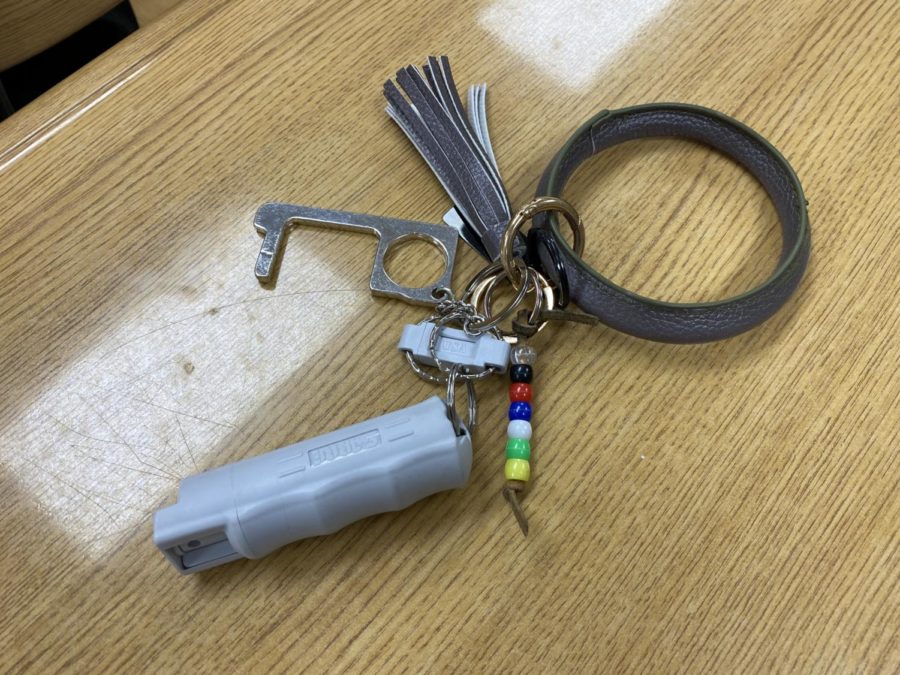 Pepper spray can be hooked onto a keyring.

In recent months, the topic of sexual assault took off in the face of the media. Protecting the youth must be a priority.

Kennedy High School’s Women’s Self Defense Club teaches students about keeping themselves safe in dangerous situations. They teach self-defense techniques, bring in officers and give advice to women on what to do in case of an emergency.

“Some precautions women can take to feel safer are always travelling in groups, keeping pepper spray on them, taking public routes, having their keys splayed in between their knuckles or even something as simple as calling a friend when walking in the dark.” Tawil, a student in the Women’s Defense Club, said.

Remember, leaving the situation immediately or calling the police when you feel threatened is the best you can do.

It is never the victim’s fault; the perpetrator is always to blame. Consent is only a clear “yes.” Anything else is a “no.”

“Sexual assault occurs with any gender. The easiest way to prevent it from happening is not do it. Consent goes a long ways,” Tawil said.