An Outbreak of Musical Discovery 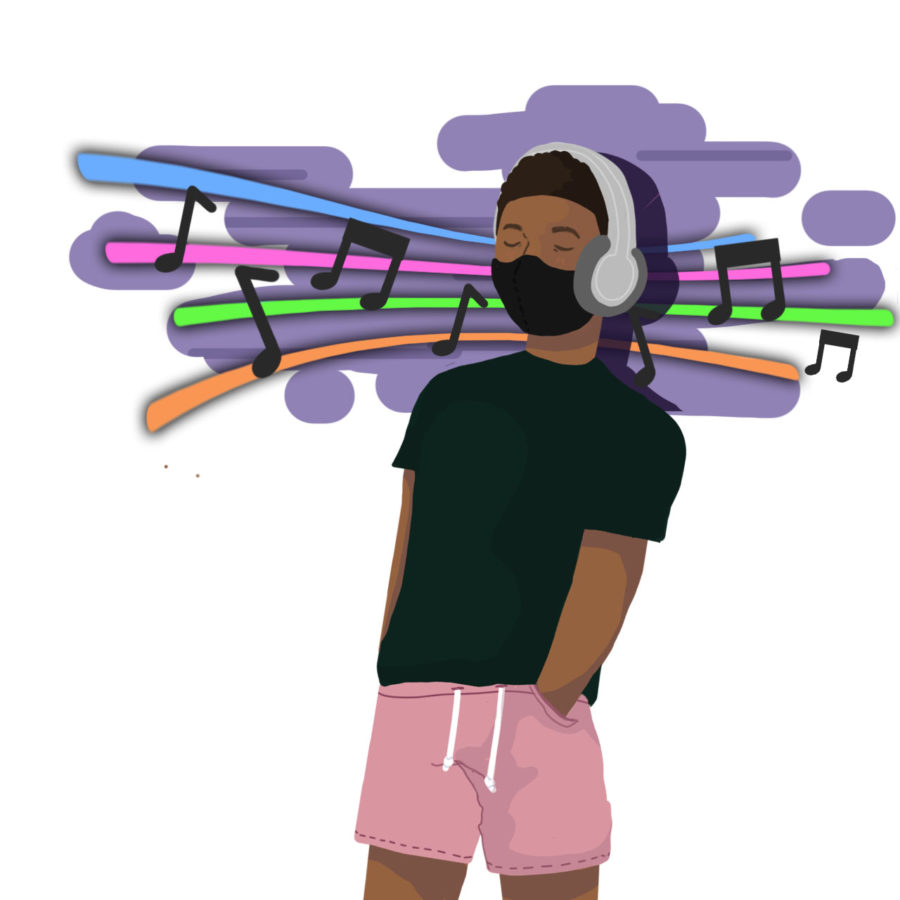 When we couldn’t see friends, couldn’t travel, couldn’t do activities, we still had music. We could plug in headphones and drown out the questions we had for the future. We could turn on a speaker and let the music take us somewhere, anywhere else.

“I would say that music has helped me a lot through the pandemic because it’s a really good distraction from reality,” Maddie Hodgins, jr. said. “Like lots of times during quarantine I would just put on music and listen to the words, without doing anything else, because they helped distract and get my mind off all the scary stuff happening in the world.”

Like Hodgins, Trisiyah Hurt, fr. also used music to improve her year. “The music that I’ve listened to has been discovered through friends recommending songs to me and TikTok,” Hurt said.

Hurt isn’t the only one. Many teens have found new music in the past year through TikTok. Due to the trends that TikTok produces, songs can go from underground to climbing the charts in weeks. Teens have been introduced to new music and found a love they did not know existed.

“I don’t care for what’s on the radio these days,” Riana Kraft, fr. said. “So I was curious about more of the music that the artists (with only 1-2 widely known songs, an example being The Neighborhood), have created, and it turns out I like them more than I thought!”

This past year, we’ve had the time to discover what genres we enjoy and broaden our musical horizons. Spotify, which curates a variety of playlists for your taste, earned 1.25 billion users in 2020 alone.

“I’ve definitely found out I have a wider music taste than I used to,” Jersey Bileyeu, fr. said. “I used to just listen to pop, but now I listen to pop, classic rock, musical theatre, indie, even a little bit of disco.”