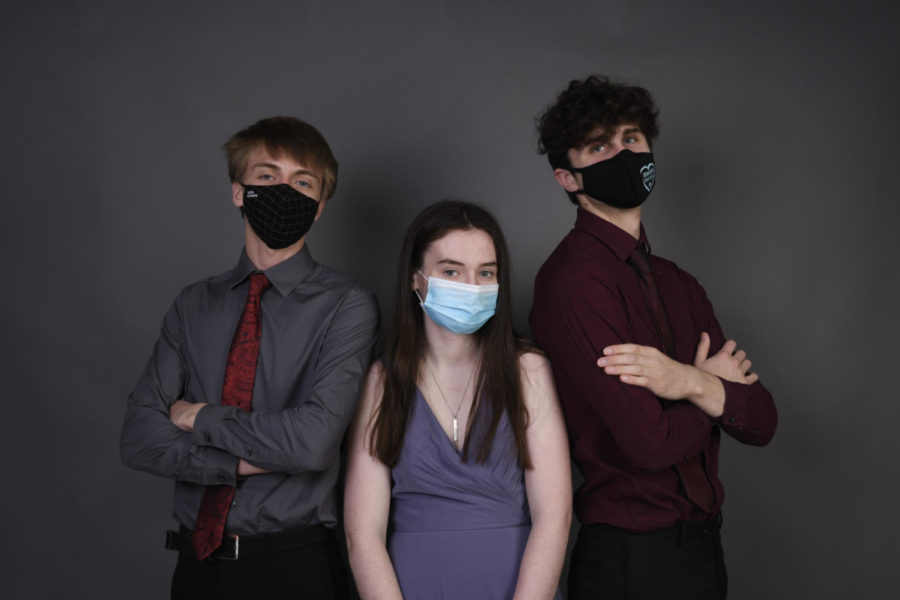 There are several dances that are held during the high school years, one of them being prom. COVID-19 has changed what prom may look like for students.

Each Cedar Rapids High School was allowed to host one prom event this year, but not the dance itself.

Kennedy High School chose to host a Grand March for Kennedy seniors and their guests on May 15 starting at 4 p.m. in the Kennedy gym. Online sign-up can be completed here.

“We could not enforce or maintain those distancing rules because of the dancing,” Jason Kline, Kennedy principal, said.

Students were devastated by the news. Kennedy parents decided to take it into their own hands and create a parent-sponsored prom, unaffiliated with Kennedy.

“I felt sad and kind of heartbroken, most of my junior and senior year has been lost to COVID. Prom is supposed to be something a senior does,” Cecillia Meyer, sr., said. “To know there will be another senior tradition you don’t get to take apart in is crushing.”

The first time students announcement of the parent-sponsored prom was in a tweet, published by Barstool Kennedy another group unaffiliated with the school.

“Seniors: We are having a Prom (Absolutely not ran by the school, Ran by parents, Presented by @BarstoolKennedy ) May 15th. No masks or social distancing required unless you want to, but have fun with that. It will be like 7-11pm, use this info however you would like”

The tweet contained unconfirmed information and has since been deleted.

Correct information was released afterward by the prom’s organizers.. Kennedy students who plan to attend this event have been promoting and advertising it. The parents were asked to comment, but they declined and sent us to the virtual flyer they have created. More information on the parent-sponsored prom can be found here.

The organizers encourage masks and temperatures will be taken upon arrival. There will be security at the event and purses will be inspected. The flyer states, “Any individual displaying questionable conduct… will be removed.”

Students are excited at the idea of normalcy and having a prom. Despite COVID-19 concerns, students going to the prom are grateful for the chance to attend.

“I wasn’t sure at first if I wanted to go because of COVID-19 but… I’ve wanted to go to a prom for a while and this is really my only chance, so I felt as long as I do my part I will be okay,” Nikkia Evans, sr., said.

Other students are less hesitant to attend. They want to return to normal, and the parent-sponsored prom was the perfect outlet.

“I think it’s great that there’s freedom to not wear a mask or social distance. It will be nice to be able to have a night where the world feels normal again, rather than having to be super cautious about what you’re doing,” Meyer said.

Meyer’s feelings were not shared by everyone.

“I am not attending the prom because I feel it is unsafe and I came to this conclusion because [of] the lack of mask[s] and social distancing,” Benjamin Wilding, sr., said. “I think that this attitude toward COVID is dangerous and I hope that the possible COVID outbreak from this prom doesn’t affect my graduation.”

Others have even created their own plans for prom.

“The parent sponsored prom didn’t seem like there was both a fun and safe way to do it. If we went and socially distanced and wore masks to be safe it wouldn’t feel like prom, but if we went unmasked and not socially distant we were putting a lot of people at risk,” Zoe Trumpold, sr., said. “We decided to have friends over to be able to hang out unmasked in a smaller group, so we can see the people we care about safely and still do something.”

Though there have been several opinions on how prom should be done during the pandemic, all participants needed to keep the Centers for Disease Control and Prevention’s (CDC) guidelines in mind.

As of April 27, 2021 the CDC currently recommends avoiding large gatherings, especially when social distancing is difficult between people who live in different households.

Though there are several factors involved with the guidelines and cancellation of prom, we all want to go back to a normal world. Everyone will attempt their return to normalcy in different ways.