Kennedy Competes at the Drake Relays 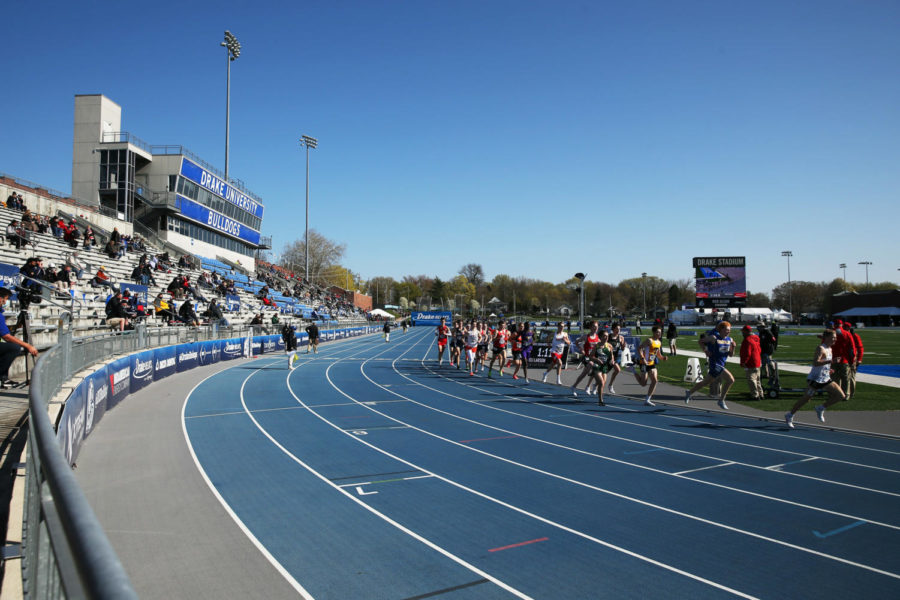 Competitors in the boys’ 3200 meter race run past partially-empty stands at Drake Stadium in Des Moines.

The weekend of April 24, Kennedy High School athletes participated at the Drake Relays for track and field. Kennedy had three athletes qualify: Brenden Linde, jr., in the high jump, Brody Lovell, sr., in the long jump and Addison Swartzendruber, fr., in the 400 meter dash.

Kennedy also had two relay teams compete at Drake: the Men’s 100m Dash, with athletes Jazan Williams, so., Braxton Torgerson, sr., Will Dyar, sr. and Rogelio Torres, sr. The Men’s Shuttle Hurdle relay also competed, with Pakkibier, Bartels, Lovell and Max White, sr., who both won their relay with a time of 57.95 seconds.

¨It was a pretty crazy atmosphere at Drake going out on the track and seeing thousands of people surrounding you. The people we were competing against were the best in the state so to say I was a part of the best still shocks me,” said Torgerson.

The Kennedy men’s and women’s track teams will continue their season until state on Thursday, May 20, where runners look to improve on their results from Drake.