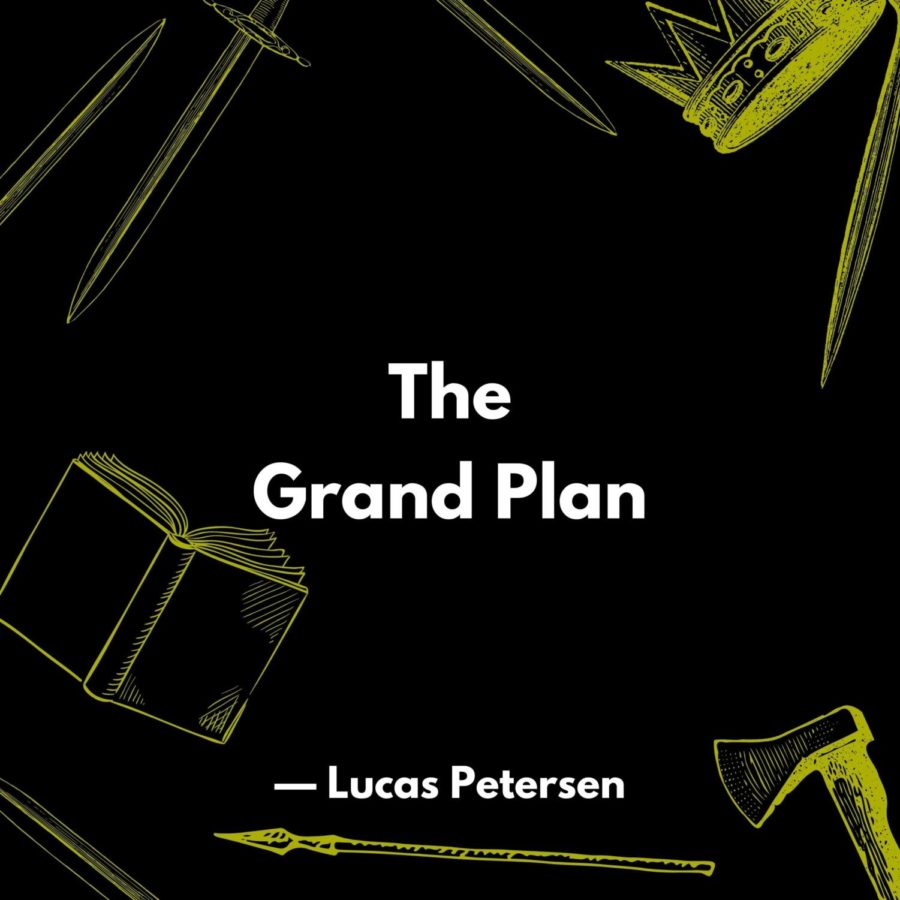 Whoever told you that the villain always loses clearly didn’t try hard enough.

It’s been a long road to get to this throne, a road paved with betrayal, blood, and tears. I have betrayed many friends – and some of my own family to get here. I have killed thousands, possibly more. And I have shed more tears over their deaths than anyone knows, or ever will know. I was on a crusade of death with this throne as my destination.

At first, it was simple, kidnap a prince here, assassinate a count there. After a few short months, I finally started to make real progress on my crusade, and then someone stood to oppose me. This man, this naive man, only saw the blood and the death I wrought. He couldn’t see the greater vision. Of a world without class systems, poverty, starvation, disease, or slavery. A happier world. Yet he didn’t see it that way. He just saw wives without husbands. Mothers without children. Sons without fathers. All he could see were the broken families and the oceans of tears that my actions wrought. And this would be his ultimate downfall.

Before I started this crusade I used to be a count that ruled over a stretch of land. But this land, the land where I was born and raised, the land that I had spent my life to care for was beset by a terrible plague. This plague decimated the common folk, killing them in droves. The stench of death wafted through the streets for months. The corpses of children and parents piled outside city gates. I had done all in my power to end this plague. But I just did not have the resources necessary to do so. So in an urgent plea for assistance, I wrote countless letters to the king and his court, sent dozens of messengers all with the same message. A desperate plea for some coin, some manpower, anything that would help me end the plague that was killing my people. They refused. They not only refused, but they also laughed.  They told me “Why should you care if a few paupers die, the fewer of them the better”. After hearing those pretentious, elitist, socialites devalue the lives of the people I have worked for years to care for, it enraged me.

I left that castle in a blind rage, I flew back to my land as fast as I could. After I reached my estate I was furious, my heart thrummed with the anger of a thousand suns. But I knew that this anger was going to accomplish nothing. I knew that I had to do something, Anything to fix this broken world. So I went to my study to formulate a plan. I stayed in that study for weeks, and when I finally emerged I carried nothing but a single book. A book bound by black leather and yellow threading. And in this book was my grand plan, a plan to fix this world.

This grand plan was simple in theory, it mostly consisted of absorbing the neighboring city-states and conscripting their citizens into my army. And this plan worked, within a few years, I had amassed an army large enough to rival that of the King and his court of pigs. My grand plan was simple, but it was not easy. There were many obstacles that I had to overcome before I could finally set this world right. Chief among them was a single man. A hero.

This man first made his appearance early in my crusade. I had just absorbed a small territory and began the process of conscripting their citizens when he convinced the members of his meager village to take up arms against my soldiers. This man somehow convinced dozens of people to turn their back away from guaranteed food and shelter and medicine in favor of a pipedream. Those villagers successfully fended off my first few attempts to smother them, but eventually, I succeeded. I had them all publicly executed.

But like the coward he was, the hero escaped.

But the damage was done, soon the story of the single man who fought my armies and nearly succeeded spread throughout my subjects like a plague. With each new kingdom I ventured to, with each piece of conquered land he was there, he resisted me. He organized those farmers and peasants into a fighting force that could hold its own against my vast armies. Of course he never successfully denied me a piece of land, I always won it over eventually, and in doing so forcing him to retreat to a different piece of land to repeat this cycle of death. I always prevailed, yet he persisted, his reputation and his story growing with every failed resistance. One thing I never could understand was how he convinced the bards and storytellers that he was the hero of this story, that he was leading a noble rebellion against the foreign invaders, instead of the bards and storytellers telling the truth of his actions. That he was dooming village after village to death. He soon rose to the status of a minor deity. The citizens of the next target of my great crusade would pray to his name when they heard the drums and horns that harbingered my arrival. They would worship the ground he walked on, they would regale him with armor and weapons fit for a king upon his arrival. If only they knew that he was guaranteeing their deaths.

But we repeated this cycle all the way to the king and his court of pigs. When I reached the climax of my crusade and beset my armies upon the castle of the corrupt king, The Hero was there. Growing tired of his existence I went to face him myself. I rode to the front of my armies and stared this man in the face. When our eyes met, I realized I was looking into a mirror. I saw the same hatred and fury that I felt all those years ago when the king dismissed my people’s lives as livestock. I saw the same determination and will that I felt when I formulated my Grand Plan. We were the same. It was a shame that he couldn’t see the greater vision because if he could he would have been my greatest tool in this crusade.

Our battle was short and very one-sided. As his corpse laid at my feet, I reached down and took his sword in my hand. It was stained with blood, his blood, a man that should have been my equal if not for his cowardice. Raising it above my head, I let out a furious shout of victory. For I knew that this victory meant everything. I had not only won this duel but my future. There was nothing left to stand in my way.

The people and soldiers of this great capital saw The Hero as the best of them, and as long as he stood, there was no way they could lose. But as I stood, his sword raised above my head in victory, something changed. The feverish fanaticism he had long stoked in their hearts flickered as reality began to set in. As my armies cheered with me, they could all taste the only thing they had left for him: their defeat. And as I slowly lowered his sword and pointed it at the city, my armies advanced. And with my advancing army, I knew that my victory was all but guaranteed.

The battle was brief and rather bloodless. The majority of the soldiers lost their will to fight and surrendered on the spot. And those that did fight had quick deaths. The only citizens who died in this battle were those that the soldiers of the kingdom used as shields and cover for their escape. But it was futile. Any soldier that didn’t surrender and lay down arms died. After a few short minutes of battle, I had made my way to the throne room of the court of pigs. And I was disgusted with what I saw, the King’s court didn’t even have the spine to stay and die alongside their ruler. All I saw was a king cowering on his throne and 3 measly soldiers pissing in their armor at the sight of my warriors. Two of these soldiers fled after the death of the first. I then walked to the throne and snuffed the life from the cowardly king with a single strike.

With my Grand Crusade completed, I began the work of fixing this world. I set up systems to reunite families broken by my war, to give work to those whose livelihoods had been destroyed, and to give proper burials to those who had died, regardless of what banner they fought under. I had compensated the families of those who died as a result of my crusade with the equivalent of 5 years’ salary. All the names of those who died were carved into my throne so all those who should succeed me on this throne will understand the true cost of conquest. I had freed the slaves of my kingdom and paid the debts of those trapped in indentured servitude. And at the requests of the survivors of my conquest, and to honor those that fought under him, I had a memorial erected to commemorate the hero that stood against me at almost every turn.

So here I sit, on this throne that so many had died for me to reach. Here I sit looking upon a world I had reforged with the cost of death. My time is coming to an end, and I know that history will remember me as the villain, I know that future generations will scorn my name and defile my memory. The families of those who were claimed by my crusade will see to that. But as long as they do so whilst reaping the benefits of my crusade, I will be able to rest happily.

And here I end this story, in hopes that the next person to sit upon this throne will do so not in hopes of wealth, status, and power, but to forge a better world.