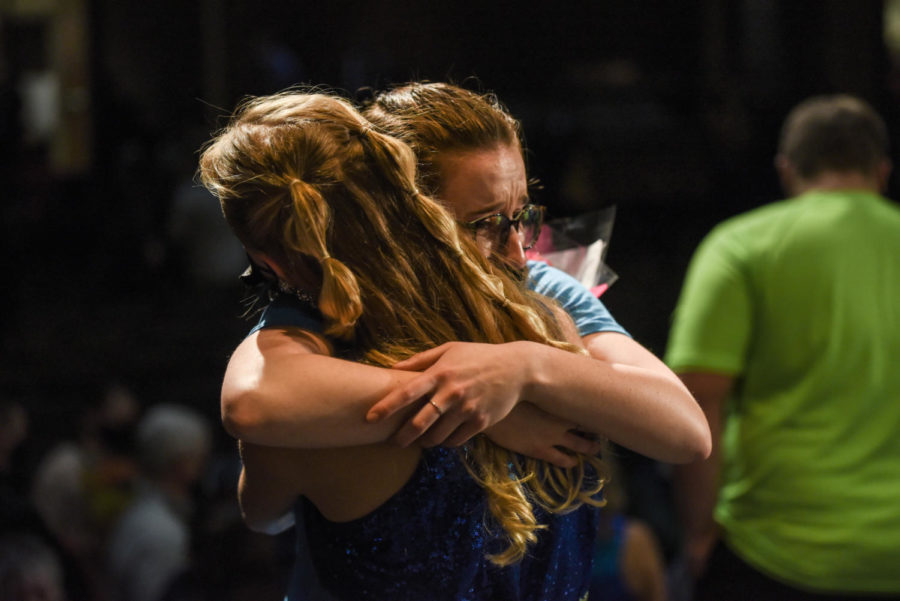 A Happiness performer embraces her relative after the show.

The Kennedy show choirs held their final performance of the year on March 26th. Moonlight Express, Chanteurs, Protege and Happiness Inc all participated in the Going Out concert.

Along with their regular setlist featuring “Goodbye Yellow Brick Road” and “Devil May Care”, Moonlight Express seniors were all soloists in the traditional Going Out Concert song, “In My Life”. Chanteurs followed up singing “I Lived”, “Lovely” and “Larger Than Life”. Next was Protege, dancing to “Don’t Stop Me Now”, “Both Sides Now” and “Who Do You Think You Are”.  After Protege, all Happiness members gathered onstage, and the new members were presented with their highly-coveted yellow jackets. The Happiness members then went on to perform their songs: “Welcome to the Night”, “Fireflies”, “Mad World” and “Hung Up/Don’t Stop the Music”. To finish off the concert, former and current Happiness Inc members congregated on the stage to sing the annual “Forever” song.

After the show, many performers gathered on the stage, embracing and congratulating each other on the season.