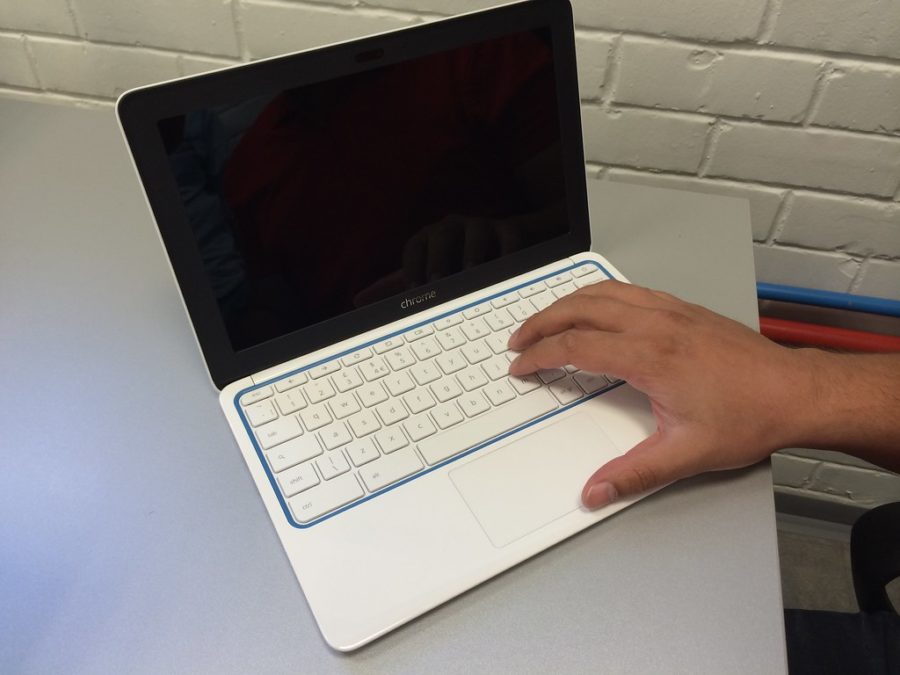 "HP ChromeBook" by JohnKarak is licensed under CC BY-SA 2.0

Students complete MAP tests on their Chromebooks as teachers monitor them with GoGuardian.

Don’t worry about being perfect, the teachers said, the test changes depending on how well you answer. It’ll judge your abilities and level out so you have consistently challenging answers.

Perhaps that was the intention, but it was not the experience of many students. The language level of a question became an indicator of whether you answered the previous question correctly. If your test jumped from picking apart a metaphilosophical statement to asking what the word “role” means, you knew you answered the last question wrong.

What’s the point of an exam whose difficulty is different for every student? According to the Northwest Evaluation Association (NWEA), the MAP tests aim to student growth above student knowledge. They are usually taken three times a year, meaning students are given a test every fall, winter and spring. As Kennedy students first took the tests in February, they’ll take them again in May.

The issue with these exams isn’t the content, but their effect on students and classes. When a class takes a MAP test, the whole period becomes null. In a school year that began a month late, where class periods are taken every other day, additional wasted class time strains the schedule further. Students are temporarily robbed of learning opportunities as their already limited class time is spent by a MAP test.

The test also fails to help students understand their performance level in class. When your test is over, you are scored by a solitary number. You’re told a numerical range where your score should have landed, and the average score nationally. Otherwise, you receive no feedback. You aren’t told which questions you answered correctly, or even how many.

Lacking proper feedback, the test is more stressful than helpful for students. A score two points outside the expected range may not sound like a problem, but the range’s ambiguity leaves test-takers with uncertainty. Is a score below the range a common occurrence, or does it mean your intelligence scraped the bottom of the barrel?

These MAP tests, along with other major standardized tests Kennedy students are forced to take are pointless. It might give the district a better idea of how its students are performing, but it doesn’t aid students whatsoever. For students, MAP tests represent wasted class periods, stressful environments and indecipherable scores.