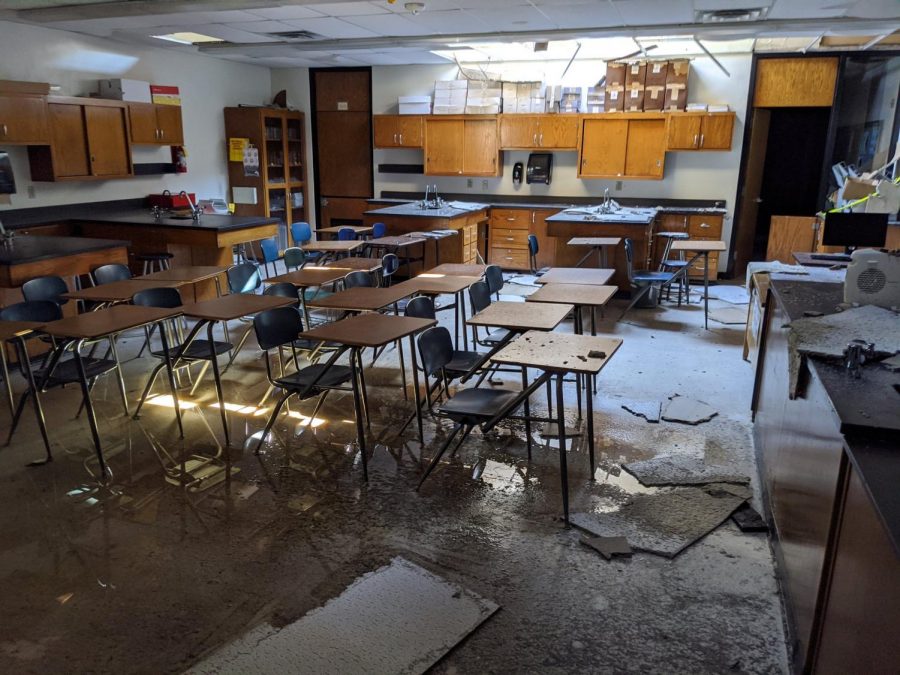 Derecho winds caused the roof to fall in around the school.

Repair crews at Kennedy High School found asbestos in room 251 on Oct. 5, halting all arrangements for students and staff to re-enter the building.

The repair teams found a material that they thought to be asbestos, and a sample was sent out for testing immediately. The results verified that the material found was asbestos.

Asbestos is a type of insulation commonly found in buildings constructed before the mid-1980s. After extensive studies, it was concluded that exposure to this insulation caused health problems, such as increased risk of cancer.

“The exposure to both staff and the repair teams to asbestos was minimal,” Johnson said.” Research tells us that limited short-term exposure has very low health risks.”

Students were not exposed to disturbed asbestos while at school.

Plans to open the school for fall and winter sports were put on hold.

“Before our recent shut down, we had been given access to the swimming pool, west gym, and weight room,” Johnson said.

With the asbestos quarantined to the area in and around room 251, workers have resumed their repairs. Progress is being made and the removal is estimated to be completed soon.

The projected in-person start date for students is still Jan 19.